The executive director of the Massachusetts state pension fund has given raises to 22 staffers, including several double-digit increases, following approval by the board in December to boost pay — a move opposed by Treasurer Steve Grossman.

According to a letter from director Michael Trotsky to the board, a copy of which was obtained by the Globe, two of the highest paid employes on the Pension Reserves Investment Management board after Trotsky will now earn $195,000 each. For chief operating officer Tom Hanna, that represents an 8.3 percent raise. General counsel Chris Supple will get an 18.2 percent raise. Both also received promotions.

“I voted against the recent compensation package because I thought it was excessive,’’ said Grossman, who is chairman of the PRIM board. “My feelings have not changed. Raises to already highly paid people that average more than 17 percent send the wrong message to hard-pressed Massachusetts taxpayers.’’

The increases across the board add up to $298,000 a year. In his letter, Trotsky said the raises amount to less than the $400,000 the fund is saving by entrusting him with two jobs — investment chief as well as executive director.

The raises follow an 18-month compensation study the $53 billion pension fund commissioned after losing a number of key employees during the past two years. PRIM has long struggled to fill its top posts because they pay less than comparable private financial sector jobs as well as posts at other large pension funds.

Timothy Vaill, a board member and a longtime investment professional, said the newly proposed raises are well within expectations. “Many are even below what might have been expected,’’ he said. “We’re very comfortable with where they are now.’’

Two staffers’ pay went up as much as 25 percent and 28.6 percent. However, in all but three cases, the staff pay is at or below the median compensation for similar jobs at other pension funds, according to the letter.

Trotsky, in an interview, said he was grateful to settle the pay matter. “I can’t pay Wall Street salaries,’’ he said. But “I’m interested in creating a compensation structure so I can attract and retain people and move forward.’’

Under the new arrangement, some PRIM staff will earn less, including some who will see their top bonuses reduced to 20 percent from 30 percent. However, five investment people, in addition to Trotsky, will be eligible for 40 percent bonuses. 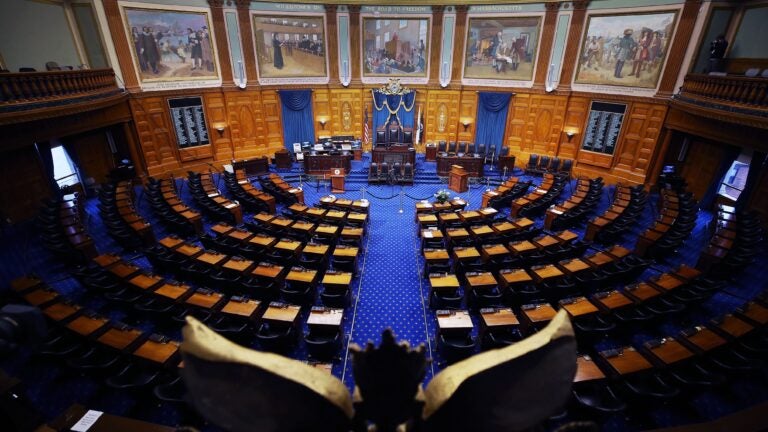 What to know about the $52 billion budget deal struck by Mass. lawmakers