The New York Times Co., the parent of The Boston Globe, BostonGlobe.com, and Boston.com, said Thursday that first-quarter revenues fell 2 percent to $465.9 million as a “difficult advertising environment continued.’’

Net income for the quarter was $3.1 million, down 93 percent from the same quarter a year ago. The year-ago quarter included a one-time gain from the sale of shares in the Fenway Sports Group, the company that operates the Boston Red Sox.

The New England Media Group, which includes The Globe, BostonGlobe.com, and Boston.com as well as the Worcester Telegram & Gazette, had total first-quarter revenues of $85.26 million, down 6.7 percent on a year-to-year comparison basis. At the end of the quarter, paid digital subscribers to BostonGlobe.com and The Boston Globe’s e-readers and replica editions totaled about 32,000, the company said.

The NY Times Co. is in the process of marketing the New England Media Group for sale.

“Our first-quarter results reflect our continued strides in reshaping The New York Times Co.,’’ NY Times Co. president and chief executive Mark Thompson said in a statement. “The increase in operating profit, excluding depreciation, amortization, and severance, was driven by solid growth in circulation revenues coupled with tightly managed costs, which were lower despite ongoing investment in our high-quality journalism and digital operations. Circulation revenues rose nearly 7 percent, led by continued strength in our digital subscription initiatives. Paid digital subscriptions across the company totaled approximately 708,000 at quarter end, an increase of more than 45 percent year-over-year from the end of the first quarter of 2012. At the same time, the difficult advertising environment has continued, though there are currently some signs of improvement in the second quarter.’’ 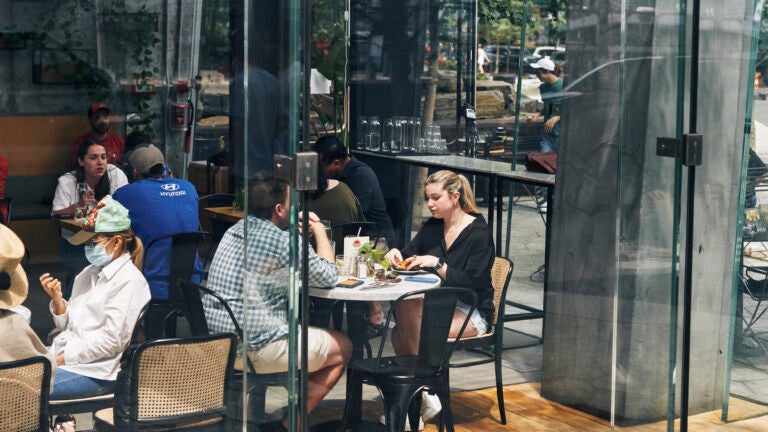