Senate President Therese Murray’s office on Thursday pushed back against a Globe article about a federal indictment charging the state’s former probation commissioner with 17 counts of bribing state legislators.

Murray’s spokesman, David Falcone, called the article “misleading and irresponsible,’’ noting that no lawmakers have been charged in the case against John J. O’Brien, the former probation chief. The article stated in its third paragraph that legislators had not been charged.

“Nothing in the indictment says the Senate President was influenced or had any knowledge of an alleged probation department scheme,’’ Falcone said.

The indictment alleged that O’Brien gave probation jobs to candidates sponsored by legislators, including Murray and House Speaker Robert DeLeo, as a way to “favorably influence and attempt to favorable influence the decisions of those legislators regarding legislative and budget matters affecting the Probation Department.’’

Falcone called for the Globe and US Attorney Carmen Ortiz to “clarify the facts immediately before the names and reputations of good people are further damaged.’’

Globe editor Brian McGrory said in a statement, “The Globe based its story on the language of the indictment handed down by the US Attorney’s office. Counts 14 through 30 are bribery charges, involving hiring favors provided to a number of lawmakers.’’

The indictment strikes at the anger many on Beacon Hill have voiced privately throughout the life of the investigation, that federal prosecutors are essentially attempting to define as felonious the everyday patronage common at every level of government.

“I’ve never heard of anything like this anywhere in the country,’’ Gertner told the Globe.

“I think it’s a serious question as to whether or the indictment describes a crime at all, much less bribery,’’ she said. “The question is whether or not, even if it’s true, is whether giving jobs in exchange for money for an agency is anything remotely resembling a crime as opposed to disagreeable politics. This indictment doesn’t add much to the other one, which seems to criminalize American politics.’’

Ortiz’s office did not respond to multiple efforts to obtain comment.

The charges against O’Brien, who resigned in 2011, carry sentences of up to 10 years in prison on each count. He and two of his top aides, Elizabeth V. Tavares and William H. Burke III, face previous federal racketeering charges for allegedly arranging jobs for politically well-tied people through a rigged hiring system. O’Brien was acquitted earlier this month of state bribery charges.

Indictments commonly avoid naming individuals who are not charged. Wednesday’s indictment enumerated communications with Murray’s and DeLeo’s offices, making clear that the legislative leaders were aware of people to whom they had connections seeking employment with the Probation Department.

Gertner said, “There’s something particularly troubling about throwing around names in an indictment, almost for the shock value, and not indicting them.’’ 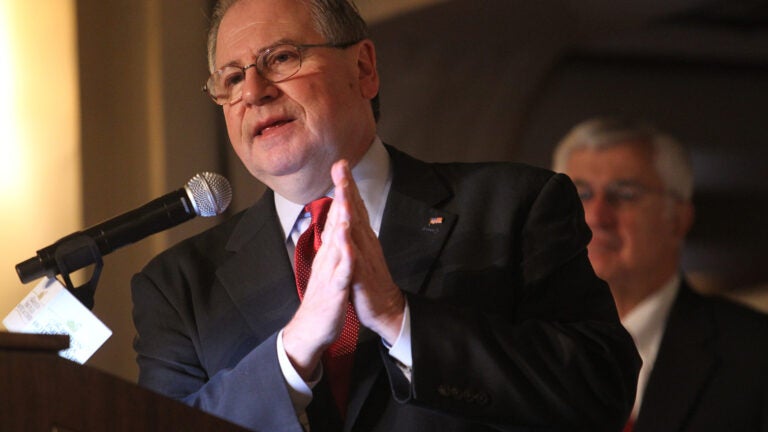