For a movie with such an elemental title, “Mud’’ has a lot on its mind. It’s a coming-of-age film, a story of fathers and sons, and a regional drama set in a very specific slice of the American South. There are star-crossed lovers and a vengeful clan of killers, a first kiss and a boat stuck in a tree. And there’s Matthew McConaughey, who gratifyingly continues to explore a wayward mid-career path. After a run of dud Hollywood romantic comedies in the first decade of the new millennium, the star has lately jumped off the deep end with films like “Killer Joe,’’ “The Paperboy,’’ “Bernie,’’ and “Magic Mike,’’ finding roles that fit his laconic, down-home persona while straying eccentrically outside it.

In this one, he is Mud, a rangy, mysterious fugitive living on an island in the Mississippi River. Early in the film, Mud is discovered by two 14-year-old Arkansas boys, Ellis (Tye Sheridan) and Neckbone (Jacob Lofland), who are scouting the island because they’ve heard a boat has lodged high in a tree during a recent flood. They find the boat and Mud living inside it. He’s on the run, from what isn’t initially clear.

But he’s charismatic and capable, and on fire with the passion, it turns out, of true love. Ellis, the more sensitive of the two boys, willingly gets sucked into Mud’s melodrama, in part because Juniper (Reese Witherspoon) is as pretty as Mud says, and in part because Ellis’s own parents (Ray McKinnon and Sarah Paulson) are splitting up and romance is hard to come by in their corner of the world.

It gets complicated, what with the kin of Juniper’s late ex-boyfriend staking out her motel room, hoping to visit upon Mud some violent country justice. (Joe Don Baker is the glowering patriarch, while Paul Sparks of “Boardwalk Empire’’ is a slicked-hair assassin.) Mud himself has a father figure of sorts in Tom Blankenship (Sam Shepard), who lives in a houseboat across the river from Ellis’s and who may or may not have been a Yale graduate and CIA sniper. In these parts, the truth is as slippery as the cottonmouths seen wriggling in a waterhole.

The writer-director is Jeff Nichols, who announced his talent for eerie heartland narrative with 2007’s “Shotgun Stories,’’ about a rural family feud, and confirmed it with “Take Shelter,’’ one of 2011’s very best films. Both those earlier works starred Michael Shannon, who has a small role here as Neckbone’s uncle, a shellfishing local character who sports a Monty Pythonesque diving helmet in his work.

More critically, both “Shotgun Stories’’ and “Take Shelter’’ benefited from a devilishly lean focus on characters and story, while “Mud’’ rambles and ambles like the Mississippi River oxbows on which the film takes place. At more than two hours, dead patches can’t help but crop up, and some of the subplots languish undeveloped: Ellis’s abortive romance with an older teenage heartbreaker (Bonnie Sturdivant), the government bureaucracy that stands to take away his parents’ houseboat and a way of life generations old. Poor Witherspoon has nothing to do but cool her heels in that motel room and suffer the occasional beating.

Against that are Nichols’s strengths: a terrific eye for the kind of America and Americans most movies ignore and a gift for writing male characters who may be inarticulate but whose emotional struggles and fundamental decency ring loud and clear. In the lead role, Sheridan (“The Tree of Life’’) is quick with his fists and quicker with his heart — it’s a rooted, surprisingly mature performance for an actor so young. Lofland is very funny as his friend, shallower of sensibility and commoner of sense. “Mud’’ is frank and nonjudgmental about its characters; you look in these kids’ faces and see the stolid, disappointed men they’ll be at 50.

Which is why Ellis’s brain buzzes with panic and why he responds to Mud as a folk hero rather than a lifelong screw-up. McConaughey gives it his all and delivers a wiry, nervy performance that seems slightly outside the actor’s wheelhouse. That’s probably not his fault. McConaughey is at his most interesting when his characters are at their least reliable, and while he can and does play a diehard romantic here, I’m not sure that’s how some of us want to see him.

The most striking aspect of “Mud’’ is the air of myth and tall-tale telling that hovers lightly over the settings and characters. You can sense Twain’s Huck and Tom (and Jim, sort of) in the background of this film, and Appalachian ballads of love gone bad; the timeless flow of the great river and the promises it offers of renewal or reinvention or death. All this without losing the pulse of what it is to be young and poor in modern-day America. With “Mud,’’ Jeff Nichols announces his intention to do it all. He just may yet. 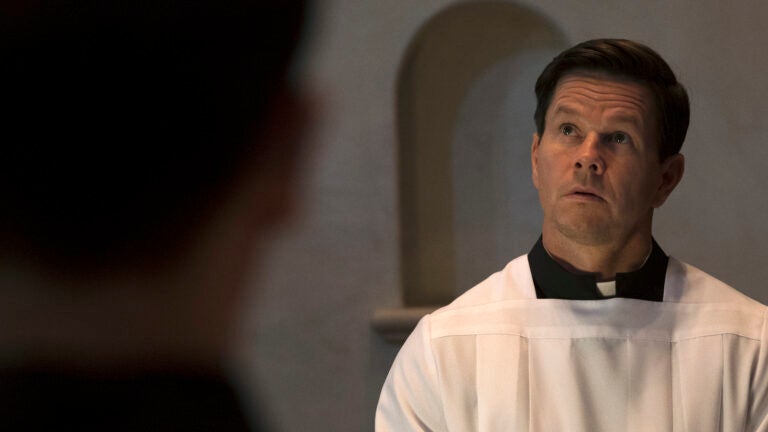