Massachusetts Senate hopefuls Edward J. Markey and Gabriel E. Gomez differed in their reactions to a top National Rifle Association official’s invocation of the hunt for one of the alleged Boston Marathon bombers in a political speech.

Wayne LaPierre, the NRA’s Executive Vice President and CEO, mentioned the April 19 lockdown of the Boston area in an address at the pro-gun organization’s national conference on Saturday.

“Frightened citizens, sheltered in place, with no means to defend themselves or their families from whatever might come crashing through their door. How many Bostonians wished they had a gun two weeks ago?’’ LaPierre mused. The audience at the NRA conference applauded.

Markey said LaPierre’s comments were “indicative of how out of touch’’ the NRA was with the people of Massachusetts and said he believed LaPierre owed Massachusetts residents an apology.

“I think it’s insulting to have someone at the NRA talk about our citizens that way,’’ said Markey, the Democratic US Representative from Malden.

Gomez, a Cohasset Republican, said he didn’t even know that there was an NRA conference this weekend.

“I’m not Wayne LaPierre. He can do what he wants,’’ he said. Still, he added, “I just don’t think you should politicize any of these events.’’

Gun control has loomed large in the Massachusetts Senate race. Markey, in particular, has made his opposition to the NRA a campaign theme. His first television ad in the race trumpeted his gun control credentials and concluded with him saying, “in the Senate, I’ll stand up to the gun lobby.’’

In a short interview Sunday at a charity event in his hometown, Gomez, a private equity investor, noted his previously stated support of a compromise piece of gun control legislation that would have expanded mandatory background checks for gun purchases. The legislation, sponsored by Republican Senator Pat Toomey of Pennsylvania and Democratic Senator Joe Manchin of West Virginia, was opposed by the NRA and ultimately failed to move forward in the Senate last month.

“I think the NRA was wrong opposing that bill,’’ Gomez said.

While Markey’s campaign said he would have voted for the legislation, Markey supports much more robust gun control measures. The Congressman has said he backs background checks for every gun purchase and bans on assault-style weapons and high-capacity magazines.

Gomez supports expanded background checks. But he is opposed to bans on assault weapons and high-capacity magazines, seeing those measures as ineffective.

In interviews last month, both Markey and Gomez said they do not own a gun. But there was a big difference in when each last shot one. Gomez, a former Navy SEAL, said he went shooting at the range in “the last few months.’’ Markey said he last fired a gun “maybe forty-five years ago.’’

Each candidates won his party’s nomination on April 30. Markey and Gomez will face off in a June 25 special election to fill the state’s open Senate seat. It became vacant after John F. Kerry, a Democrat, resigned to become secretary of state. 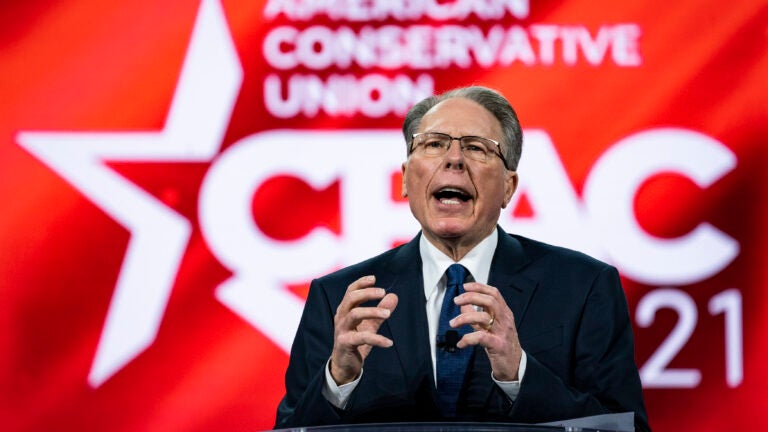