Bishop Robert J. McManus, head of the Diocese of Worcester, was arrested for driving under the influence this weekend after police stopped him in Narragansett, R.I., police said.

McManus was arrested at 10:32 p.m. Saturday on charges of drunken driving, leaving the scene of an accident, and refusing a chemical test, Narragansett Police Captain Sean Corrigan said. McManus is to be arraigned Tuesday in district court in Wakefield, R.I.

[fragment number=1]“I made a terrible error in judgment by driving after having consumed alcohol with dinner,’’ McManus said in a statement. “There is no excuse for the mistake I made, only a commitment to make amends and accept the consequences of my action.’’

“More importantly,’’ he said, “I ask forgiveness from the good people whom I serve, as well as my family and friends, in the Diocese of Worcester and the Diocese of Providence.’’

Corrigan told reporters this afternoon that McManus was involved in an accident with another motorist at the intersection of Bridgetown Road and Boston Neck Road.

McManus drove off, Corrigan said. The other driver followed him and called police. Officers arrested the bishop about 20 minutes later in the Bonnet Shores beachfront community on suspicion of drunken driving, according to Corrigan.

He declined to release additional details of the arrest before the arraignment. Asked if the other driver was hurt, Corrigan said, “If there had been serious injuries, then the charges would reflect that. So there [were] no serious injuries.’’

There was no answer this afternoon at the tan, ranch-style home on Colonel John J. Gardner Road where McManus was arrested, roughly two miles from the scene of the accident.

A neighbor, Michael Stanziano, 56, said McManus and his siblings inherited the property from their late parents several years ago, and the bishop occasionally visits in the summertime.

“He’s a great guy,’’ Stanziano said. “I’ve never even seen him drinking.’’ He said McManus and his siblings generally keep to themselves when they visit, but he and the bishop have spoken in passing.

Stanziano said he was asleep at the time of the arrest but noticed minor front end damage to McManus’s dark-colored Honda Accord the following morning.

Another neighbor, who declined to give her name, said she did not see or hear anything during the arrest and also spoke highly of McManus. “We love him,’’ she said in a brief interview.

Pope John Paul II appointed McManus as the fifth bishop of the Worcester diocese in 2004.

Visit Al Horford signed an extension with the Celtics. What does that mean? 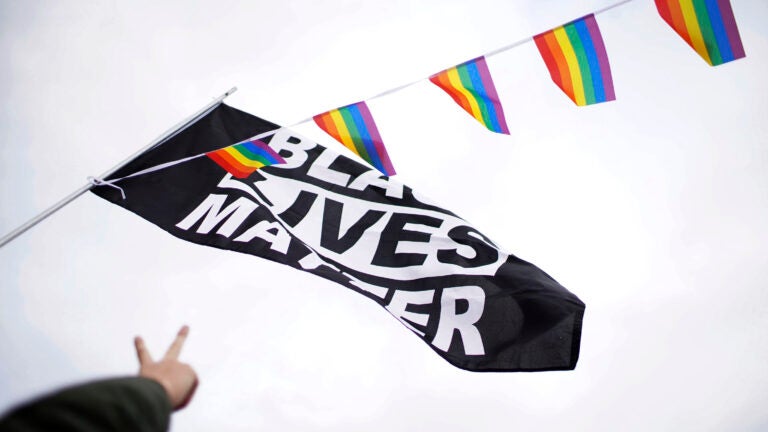