That’s a wrap. The cast and crew of director David O. Russell’s “American Hustle’’ celebrated the end of filming with a party Sunday at Bond, the lounge at the Langham Hotel. Over 200 people attended, we’re told, including actor Jeremy Renner, who arrived pushing a baby carriage with the baby’s mother, Sonni Pacheco; former Golden Gloves champ Dicky Eklund (who was played in Russell’s film “The Fighter’’ by Christian Bale), and others. Since “American Hustle’’ is set in the 1970s, the party soundtrack was heavy on ’70s dance hits, including Donna Summer’s “I Feel Love.’’ . . . Kevin Bacon and Cindy Crawford were spied, separately, checking out of the Nine Zero Hotel over the weekend. Crawford had been in town taping an episode of NBC’s genealogy show, “Who Do You Think You Are?’’ Bacon was here to play with the Bacon Brothers at the Wilbur. . . . Sox players David Ortiz and Shane Victorino were at Red Lantern the other night noshing on appetizers and sushi. . . . Extreme singer Gary Cherone was at the Kowloon over the weekend ordering sushi, Saugus wings, and chow mein. 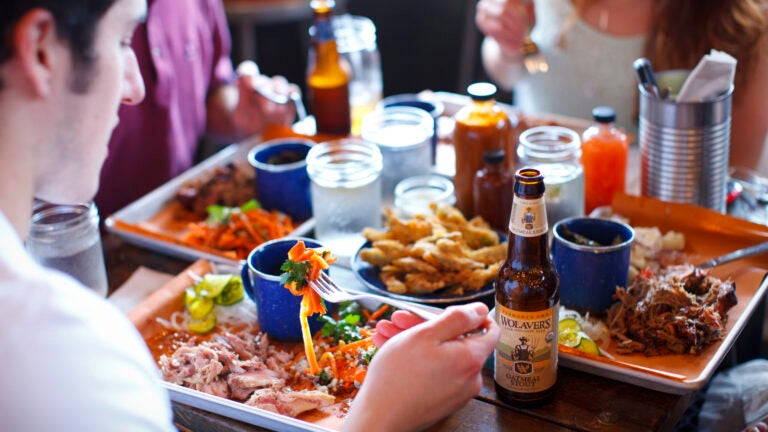