As both candidates prepare for Wednesday’s US Senate debate, Democrat Edward J. Markey released a 60-second radio advertisement that peppers listeners with questions about his opponent, Gabriel E. Gomez, and attempts to paint the Republican as an opaque figure.

“Get ready, Massachusetts,’’ a male narrator says. “Tonight is the first debate between Republican Gabriel Gomez and Democrat Ed Markey. It’s a chance to finally get some answers from Gabriel Gomez.’’

A female narrator then adds: “Answers to simple questions. Like where Gomez stands on the controversial bill seeking to prevent women from getting birth control.’’

That line appears to be referring to the Blunt Amendment, a measure that would have let an employer opt out of paying for workers’ birth control coverage if the employer deemed it morally objectionable. Gomez has faced criticism from Democrats on the issue since he told the Globe he had not read the amendment.

In the ad, the two narrators then talk back and forth through questions that underscore recent Democratic attacks on Gomez.

“And why he won’t release his 2005 tax return or tell us about the $280,000 tax break he took that year’’ the female narrator says. Gomez has released six years of tax returns, but not those for 2005, the year in which he claimed a controversial $281,500 income tax deduction on his Cohasset home.

“Tune in everybody,’’ the male narrator says. “It’s time we get the truth.’’

The paid ad will air Wednesday on Boston radio and will play 16 times on WBZ-AM and 16 times on WEEI-FM over the course of the day, a Markey campaign aide said.

Gomez spokesman Will Ritter hit back on Tuesday, saying: “Congressman Ed Markey is panicked, flooding the airwaves with as many negative attacks as his special interest backers will pay for.

“He wants to run against anybody else,’’ Ritter added, “but tomorrow he’ll be standing next to Gabriel Gomez and will have to explain his 37-year record of hyper-partisanship, tax hikes, and out-of-control spending to the voters of Massachusetts.’’

The debate, sponsored by WBZ-TV and the Boston Globe, will air Wednesday at 7 p.m. It can seen on WBZ-TV, heard on WBZ-AM, and will be live-streamed online at CBSBoston.com, Boston.com, and BostonGlobe.com.

Gomez and Markey face off in the June 25 special election to fill the seat held by John F. Kerry, who resigned to become secretary of state. 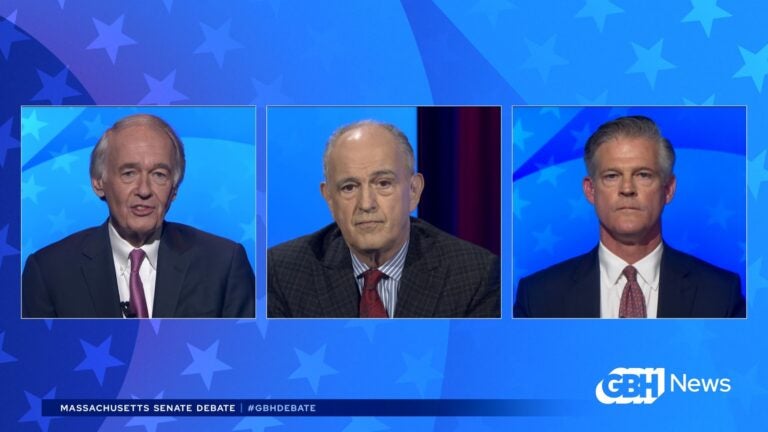