The pilot of a small private plane that crashed on tiny Cuttyhunk Island this morning has died, the Dukes County sheriff said this afternoon.

“It appears he was taking off from a small dirt strip and clipped some trees at the end and went down,’’ Sheriff Michael McCormack said.

The plane, a 1965 fixed-wing Maule Bee Dee M-4-210, came to rest in a tree after the failed takeoff, FAA spokesman Jim Peters said.

The Coast Guard attempted to rescue the pilot and transport him by helicopter to a nearby hospital after the crash on the island, which sits at the southernmost tip of Buzzards Bay, Coast Guard spokeswoman Myeonghi Clegg said.

“The facts and circumstances surrounding the crash remain under investigation,’’ State Police said in a statement. 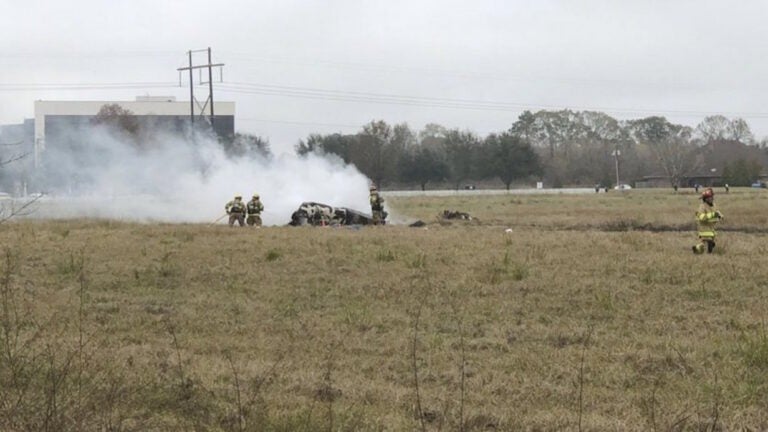