Rocky relationships between town selectmen’s boards and their chief executives are not uncommon, especially following changes in local elected offices.

But in Carver, a wholesale departure of top administrators has followed the rise to power of the three-member selectmen majority that last year chose Michael O’Donnell, a Carver police sergeant, as the chairman of the board.

The most recent — and unexpected — departure came when highly regarded police Chief Michael Miksch resigned on May 31 with two years left on his contract, after selectmen refused days earlier to reappoint him as chief. Supporters who pushed for his reappointment say Miksch has accepted an offer to become police chief in the town of Hanson.

Some Carver resident say the town’s top administrators are leaving because they do not get the board’s backing or its respect.

When Selectwoman Helen Marrone remarked at last week’s selectmen’s meeting, “I wonder why everyone is leaving,’’ Carver resident Alan Dunham responded during the public comment period by saying, “It could be the work environment is unpleasant.’’

“The normal support they would receive from the Board of Selectmen is completely missing,’’ agreed Jim Nauen, a member of three town committees, including the Zoning Board of Appeals. “They have been unfairly criticized and abused for just doing their jobs.’’

“It is very sad that we have come to this position,’’ said Selectwoman Sarah Hewins, who is also the town conservation administrator. “We have lost many good people since last September.’’

Not everyone believes the loss of veteran officials with a deep local knowledge base and a web of personal connections with employees and citizens spells trouble for the town.

“I look at the departures as good things for the town. Change is good for the town,’’ said Selectman Jack Franey, who voted against reappointing Miksch.

The first to leave was town accountant John Adams, “who saved the town from the poor work of the treasurer,’’ Nauen said. The town treasurer was Franey, whose lateness in posting financial records caused problems for other departments. Adams’s whistle-blowing led to state audit reports criticizing Franey’s management.

Town building inspector Mike Mendoza left town after he was denied a routine raise that had been agreed to by the board’s own subcommittee, Nauen said.

Town administrator Rick LaFond announced this spring that he was leaving Carver this month to play the same role in Abington after 17 years of watching the bottom line for a town without a broad financial base.

LaFond was praised by Hewins for his professionalism during tough times both financially and politically. “Rick has shown clear grace under pressure, both financial pressure and in the face of hostile environments,’’ Hewins said.

But LaFond’s leadership has drawn fire from austerity-minded board members in recent years, and Marrone’s elevation to the board by voters at last year’s town election cost him the support of the board’s majority.

Miksch’s departure took people even more by surprise, because of the chief’s popularity and five-year contract.

“He was well thought of throughout the community, by citizens, police officers, and my own observations,’’ said Selectman Dick Ward. “If there’s an emergency, he will be right out there directing traffic.’’

Said Hewins: “Reappointing our chief was the right thing to do.’’

Even though his contract ran through 2015, Miksch pushed for the reappointment vote because the Civil Service statute governing his position — known as the “strong chief’’ law — requires that selectmen appoint or reappoint a chief every three years.

But with O’Donnell recusing himself from the vote because he is a police sergeant, the vote was 2-2, with Franey and Marrone voting not to reappoint.

Marrone said her reluctance to reappoint was based on conflicts in the contract itself, since some of its provisions are governed by a different section of Civil Service law from the strong chief statute.

Franey called Miksch “a good guy’’ but said that a police chief “should not be so tightly involved with a political group [Hewins and Ward] in this town. I don’t think that’s appropriate for any official working for the town.’’

Franey also said that officials such as LaFond and Adams were leaving Carver to accept higher pay at other positions. Moving on, he said, is part of professional growth.

“Rick’s a great guy. [But] he needs to move on,’’ Franey said Monday. He said when Adams left for a good position elsewhere, the town replaced him with “a fantastic town accountant,’’ Meg Lamay.

But others do not believe that changing the people at the top of office charts will necessarily lead to a better town government for Carver. Sometimes, as the saying goes, you don’t appreciate what you’ve got till it’s gone.

“Over the 17 years that [LaFond] has been our Town Administrator,’’ Hewins wrote in a statement she planned to deliver to the annual Town Meeting this week, “I’ve watched him bring a calm and forward-thinking professionalism to the Town of Carver that wasn’t there when I first became involved in town government almost 20 years ago.’’ 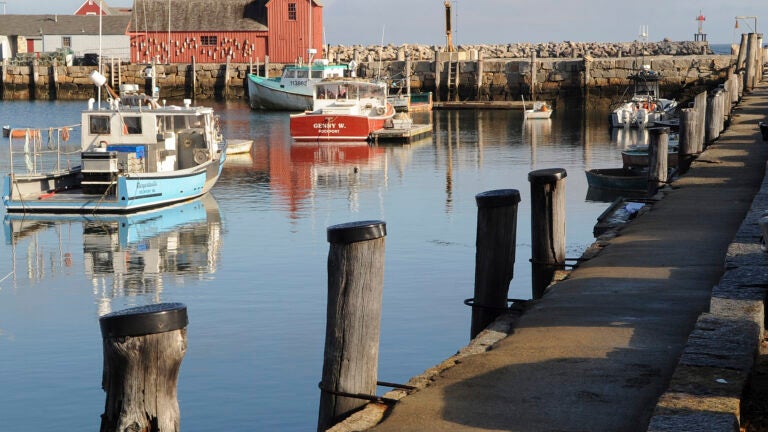 Almost all of a Mass. town’s fire department plans to resign Friday if concerns aren’t met