Firefighters responded to a call of smoke at 367 Harvard St. just before 1 p.m., Riviello said. As crews fought the blaze, police blocked off Harvard Street from Trowbridge Street to Dana Street.

Traffic in the area has already backed up and Riviello recommended motorists avoid the area for the next few hours.

No injuries were reported, Riviello said. Everyone in the building was able to evacuate and the Red Cross will help the roughly 30 residents displaced by the fire, Riviello and Red Cross spokeswoman Kat Powers said.

All eight of the building’s units were affected by the fire, Powers said, adding that many of the residents will be able to retrieve their belongings.

The Cambridge city assessor’s office lists 367 Harvard as half of a multi-family residence. The 365-367 Harvard St. property is valued at nearly $3.5 million. 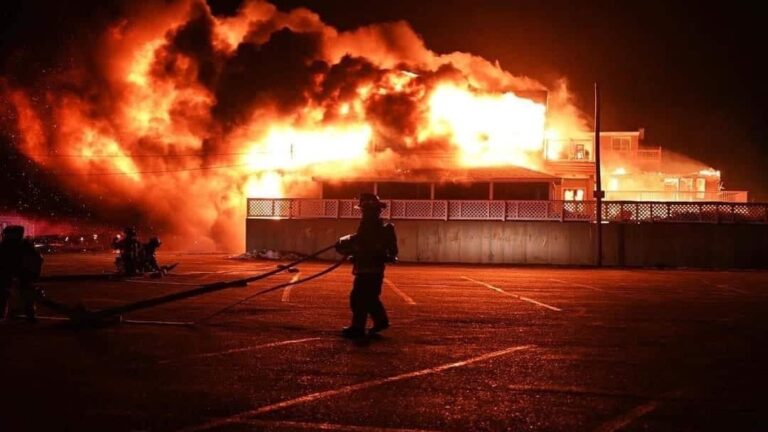