A political supporter of Lawrence Mayor William Lantigua, who also worked at the city-owned parking garage where revenues have seen an unusual decline, was arrested today on larceny and other charges, Essex District Attorney Jonathan Blodgett’s office said.

Garcia, 60, is to be arraigned this afternoon in Lawrence District Court, where Blodgett’s prosecutors are expected to provide more details about their investigation into the city’s finances and Lantigua’s actions as mayor.

Garcia’s name surfaced last month after investigators began focusing on funds allegedly missing from the garage where Garcia worked. The FBI began an investigation after officials noticed that revenues from monthly passes at the Museum Square garage were steadily declining — by thousands of dollars a month.

Garcia’s lawyer, Sal Tabit, told the Globe last month his client was stopped on May 22 by police and shown what appeared to be a warrant to search him and his car. He then went voluntarily to the Lawrence police station, where he was questioned by the FBI and State Police, Tabit said.

Garcia “categorially denies any wrongdoing,’’ Tabit said in the interview, adding that Garcia was released after questioning and no charges were brought.

Monthly revenues at the garage, across the street from Lawrence District Court, had dipped to around $18,000 in some months, down from highs of $31,000 monthly, said a person briefed on the investigation.

Tabit said it was a “big leap’’ for anyone to conclude that a drop in revenue meant that money was being stolen.

Garcia runs the monthly pass program at the garage and is responsible for the money, said the person briefed on the investigation.

Using marked bills, the FBI found that cash paid for passes did not always end up in the city coffers, that person said.

Tabit said he did not know about any marked bills.

Lantigua appeared before an Essex County grand jury May 29. Lantigua’s administration has been under investigation almost from the moment he was elected in 2009, but the appearance marked the first time Lantigua himself has been called to appear before a grand jury, where witnesses testify under oath in secret.

Lantigua’s lawyer, Jeffrey Denner, said the mayor had nothing to hide.

The investigation is the latest in a series of controversies that have plagued Lantigua since he was elected the state’s first Latino mayor in 2009.

Earlier this year, Lantigua paid $5,000 to settle a lawsuit brought by Attorney General Martha Coakley over failure to file a campaign finance report. 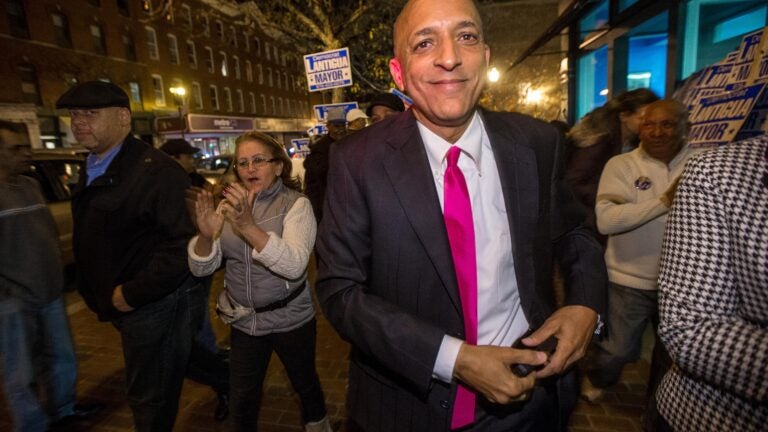 William Lantigua, Mired in Political Controversy From the Start