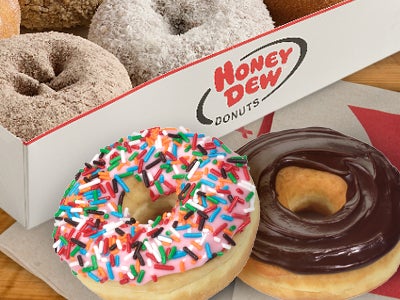 Perhaps partly in the belief that a donut rates more than a single day of tribute, Honey Dew Donuts plans a much lengthier homage to its signature product. For the Plainville-based chain, there is an additional cause for celebration; this is also Honey Dew’s 40th anniversary in business.

One way the chain and its 145 locations plan to mark this achievement is by offering Forty Cent Fridays through June 28.

For example, on Friday June 7, Honey Dew will be selling 40-cent iced teas, and the following Friday, a confetti donut can be had for 40 cents.

Honey Dew’s press release included a statement from franchisee Steve Provazza that is as sugar-coated as a cinnamon stick, (which, incidentally, is the featured Forty Cent Fridays item on June 21).

“Our customers are everything to us, but they are more than customers, they are our friends and our family,’’ Provazza said. “Each day, we see their familiar faces come into our shop. We know them and their families well, and in return they know all of us. This is why we love our business. All of the franchisees that are part of this great company are very excited for this promotion and to celebrate this very big milestone.’’ 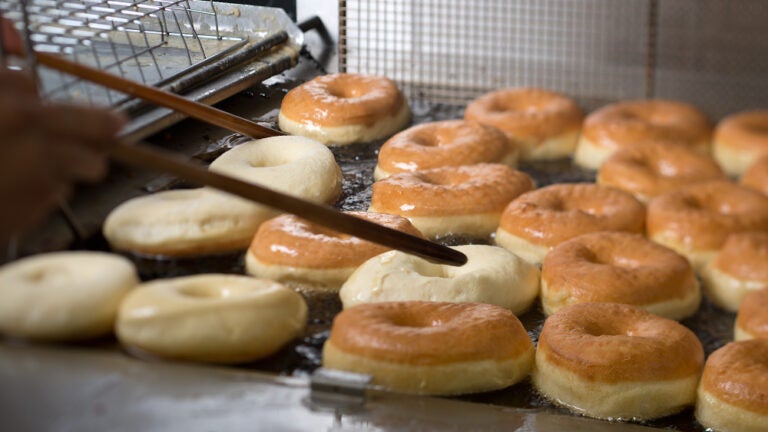 Where to get free doughnuts on National Doughnut Day