Patrick’s press office said the governor will fly to Chicago for the ceremony, which will rechristen Wabash at the intersection of 53rd street.

It is perhaps one of many honors to come for the governor as he approaches the end of his second term and prepares to leave office in 2015. But it also promises to be a nostalgic moment for Massachusetts’ chief executive.

Patrick was raised by his mother and grandparents in a two-story brick apartment on Wabash Avenue near the corner of 54th Street.

He often speaks warmly about the famously tough neighborhood, calling it a place where “every child was under the jurisdiction of every single adult on the block.’’ In his autobiography, “A Reason to Believe,’’ he wrote vividly of the sights and smells of the South Side, including a local bakery that always smelled of sour yeast, and a shop that sold live chickens to housewives.

Patrick left Chicago for Massachusetts after winning a scholarship to attend Milton Academy at age 14. He went on to attend Harvard College and Harvard Law School.

After the ceremony, Patrick plans to return to Massachusetts and will then fly to Missouri to speak at a Democratic Party dinner there on Saturday. 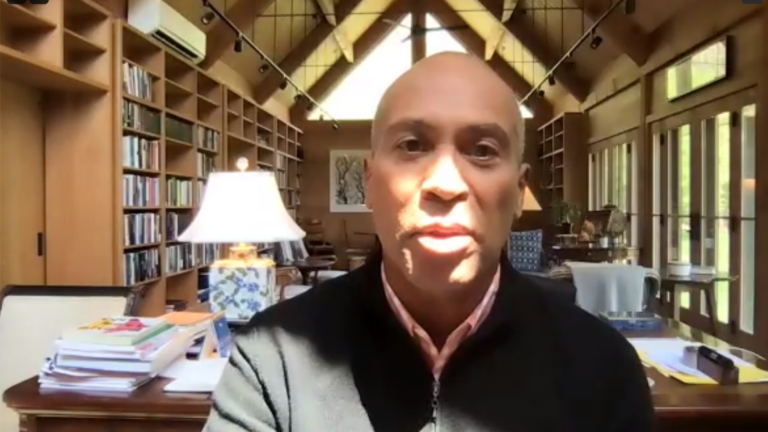