The onetime protégé of James “Whitey’’ Bulger got into a heated exchange with the gangster from the witness stand today, as he was being grilled by Bulger’s attorney near the end of a dramatic day of testimony.

As attorney J.W. Carney asked Kevin Weeks, 57, whether he was bothered by the fact that he participated in five murders, Weeks answered that it did bother him, “Because we killed people that were rats and I had the biggest rats right next to me.’’

That led Bulger to lash out at Weeks, and an expletive-laced back-and-forth between the former partners in crime ensued.

Weeks, a key prosecution witness, had earlier told a US District Court jury today that he led investigators to the graves of three of Bulger’s alleged victims in 2000, after he began cooperating with authorities.

“Jim Bulger, Steve Flemmi, and myself put them there,’’ said Weeks, 57, one of the key witnesses against Bulger in his racketeering trial.

Weeks went on to describe the killings, starting with the murder of Arthur “Bucky’’ Barrett, who Bulger allegedly shot in the head in 1983.

Barrett was a safecracker and thief who was involved in the $1 million-plus, 1980 Memorial Day weekend burglary of Depositors Trust bank in Medford. Bulger wanted to shake down Barrett for money, but believed Barrett received protection from the Mafia, Weeks said.

In 1983, they lured Barrett to a home in South Boston under the guise of selling diamonds.

Then, according to Weeks, Flemmi and Bulger chained Barrett to a chair and interrogated him over the whereabouts of his cash. They confiscated $47,000 from his house, and another $10,000 from a bar.

At one point, they stood Barrett up, and Bulger announced, “Bucky’s going to go downstairs and lie down.’’

While walking down the basement stairs, according to Weeks, Bulger attempted to shoot Barrett in the head. The gun safety was on. Bulger fixed it and fired it again.

Weeks went on to describe how Bulger’s partner, Stephen Flemmi, gave him a lesson in cleaning up the blood, and how Flemmi pulled Barrett’s teeth out. Bulger, meanwhile, went upstairs to lie on a couch.

Barrett’s body was buried in the basement of the home on East Third Street in South Boston, owned by the brother of Bulger associate Patrick Nee. Nee had been upset that there was a murder, according to Weeks. “It was supposed to be a shakedown,’’ Weeks said.

A year later, Bulger learned that John McIntyre may have been informing authorities about local drug dealing and the ill-fated effort to ship guns to the Irish Republican Army. Bulger and his crew lured McIntyre to the East Third Street house and interrogated him the same way, according to Weeks’s testimony.

This time, according to Weeks, Bulger attempted to strangle McIntyre. But the rope he used was too thick.

“You want one in the back of the head?’’ Bulger asked.

Bulger shot him in the head, Weeks said. Flemmi thought he was still alive, so Bulger fired several more shots, according to Weeks’s testimony. McIntyre was also buried in the basement.

Weeks also described the killing of Deborah Hussey, the daughter of Flemmi’s longtime girlfriend, Marion Hussey, in January 1985. According to Weeks, Flemmi brought Hussey to the East Third Street house, and Weeks didn’t think anything of it at the time.

“She wasn’t a criminal, she wasn’t involved with us … I didn’t think anything was going to happen to her,’’ Weeks said.

But when he went upstairs, he heard a thud, he said. And when he came downstairs, he said, he saw Bulger on the floor choking Hussey, his legs wrapped around her, for several minutes. She was brought to the basement, but Flemmi thought she was still alive, so he strangled her again, according to Weeks. She was also buried in the basement, according to Weeks’s testimony.

Weeks testified that the bodies had to be moved because the house was being sold. So on Halloween in 1985, Bulger, Weeks, and Flemmi exhumed the bodies to begin the process of burying them across from Florian Hall in Dorchester.

Weeks led investigators to the burial site in January 2000, after he began cooperating with authorities after he was indicted. Weeks testified this morning that he also told investigators of how Bulger told him of other killings, including the strangling of Debra Davis, the longtime girlfriend of Flemmi, who disappeared in 1981.

Bulger, according to Weeks, told him that Flemmi put duct tape around Davis’s mouth, and that she was strangled. Weeks testified that Bulger didn’t tell him whether he or Flemmi killed Davis, but Bulger acknowledged he was present when she was slain. Davis’s body was later found in a marshy grave at the edge of the Neponset River.

Weeks ultimately pleaded guilty to racketeering and aiding in five murders, and served a five-year sentence, with an agreement that he testify against Bulger.

Bulger, 83, is charged in a sweeping racketeering indictment accusing him of 19 murders. He was arrested in June 2011, after 16 years on the run. Weeks told jurors today that Bulger’s corrupt FBI handler John J. Connolly Jr. tipped them off that an indictment was pending just before Christmas in 1994.

Flemmi was arrested in January 1995. He is serving a life sentence and escaped the death penalty under an agreement that he testify against Bulger. He is expected to take the stand later in the trial. 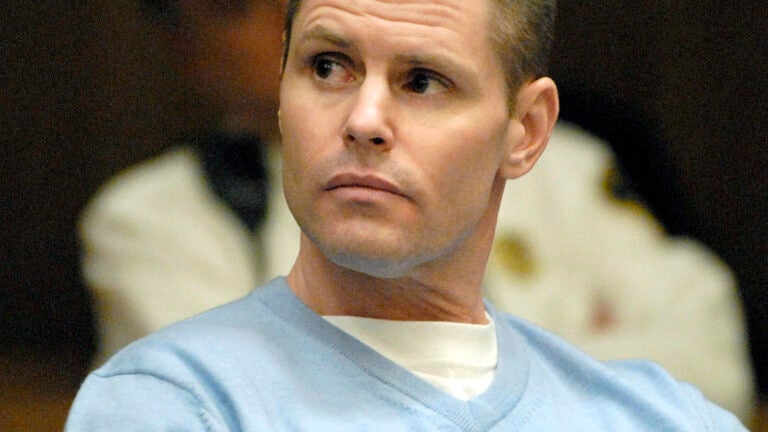