AccesSportAmerica, a nonprofit that gets people with disabilities involved in high-challenge sports, had its 2013 Mayor’s Cup Regatta on the Charles on Sunday. There were 36 teams of eight, all with an AccesSport athlete on board. Participants (at right) included 11-year-old AccesSport athlete Jack Reid of Whitman (front); supporter Mariellen Burns (far left); Bill Belichick’s ex Debby Belichick, who sponsored a team; Bob Lobel, who called the races; and AccesSportAmerica program director Nate Berry. Local chefs such as Brian Poe of the Tip Tap Room and Evan Deluty of Stella fed the crowd. 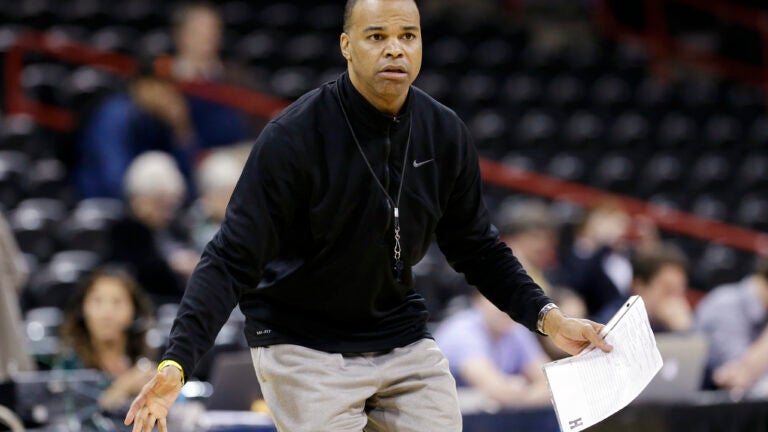 Safest NCAA pick: Tommy Amaker as next BC coach