A Lynn felon on pretrial release from a 2010 gun charge was sentenced to 15 years in prison after police caught him distributing heroin and conspiring to murder a Lynn police officer, authorities said today.

Modesto Cruz, 37, received 188 months in prison followed by four years of supervised release when he was sentenced Monday by Judge Denise Casper, according to a statement from US Attorney Carmen Ortiz.

In March, Cruz pleaded guilty to charges of conspiracy to distribute more than 100 grams of heroin and being a felon in possession of a firearm, Ortiz said. The firearm was a .40 caliber Glock semiautomatic pistol, loaded with 10 rounds, Ortiz said.

In January 2012, Cruz was on a pretrial release from the 2010 gun arrest when over the course of four transactions he sold more than 100 grams of heroin to a witness working with the FBI’s North Shore Gang Task Force, Ortiz said.

During these transactions, Cruz allegedly told the witness of his plans to kill the Lynn officer who had arrested him on the gun charge, Ortiz said. Cruz believed that if he killed the officer he could beat his case, according to Cruz’s sentencing memorandum. He also told the witness that he had been following the targeted officer.

An undercover officer posing as a hit man was introduced to Cruz by the witness, Ortiz said.

Cruz and the officer discussed the price and details of the proposed hit, Ortiz said. The discussed price was $5,000 and a plane ticked to Puerto Rico, according to the sentencing memorandum. Cruz was arrested the following day.

During the incident, the Lynn police took steps to protect the threatened officer, according to the sentencing memorandum. Cruz was in state custody between the 2012 incident and his sentencing, Ortiz said. 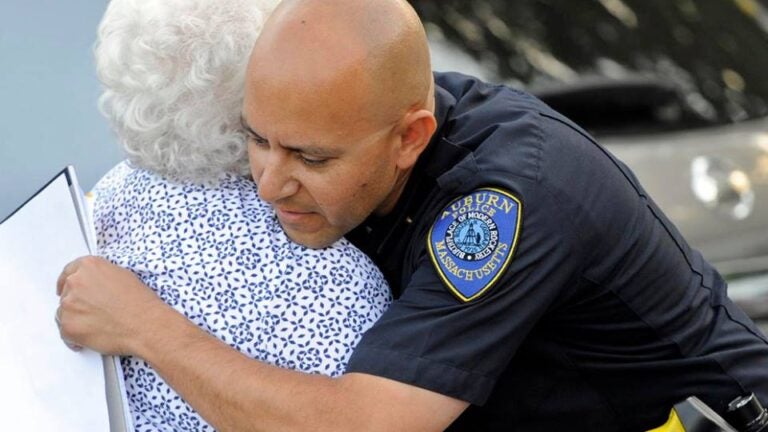