A former drug dealer who said he made tens of millions of dollars in the marijuana business told a federal jury Wednesday that James “Whitey’’ Bulger threatened him at gunpoint that “he’d cut my head off’’ if he refused to pay him “rent,’’ or a fee to continue business in the area.

“He told me if I didn’t do this some other people would come along and try to snatch me,’’ testified David Lindholm, 62, who grew up in Milton. “He was yelling.’’

Lindholm said someone in the room fired a bullet past his head.

Lindholm, who has said previously that he ultimately paid Bulger hundreds of thousands of dollars more after their initial meeting, was the latest in a line of former drug dealers and bookmakers who have testified against Bulger, alleging the gangster extorted hundreds of thousands of dollars – totaling millions – from them with threats of violence, even murder. By the end of Wednesday, 56 people have testified over 23 days.

Also Wednesday, the daughter of an Oklahoma businessman testified in the federal racketeering trial of James “Whitey’’ Bulger today that her father was slain in 1981 as he was trying to sell his business, World Jai Alai.

Pam Wheeler, an attorney, said her father, Roger Wheeler, wanted to sell all or part of the business, a sport that people can legally gamble on, because it was not performing as he had hoped.

“Fairly quickly, he was becoming disillusioned with it,’’ Pam Wheeler said. “It was not performing as he thought it should. … He liked to do deals.’’

The slaying came after John Callahan, a Boston businessman and former president of the company, became worried that Roger Wheeler had learned that Callahan had been skimming profits, according to earlier testimony in the US District Court trial of the 83-year-old Bulger.

Callahan asked hitman John Martorano to kill Wheeler in order to end Wheeler’s probe of the profit skimming and enable Callahan to take over the company. After Callahan promised to make payments to Bulger and Stephen “The Rifleman’’ Flemmi, Bulger approved the hit on Wheeler, Martorano previously testified in the trial.

Pam Wheeler offered a perspective into her father’s business dealings just before he was slain at a Tulsa, Okla., country club on May 27, 1981.

Wheeler said her father, who was also chairman of the board of Telex Corp., bought the company in 1979, but was already interested in selling. He was negotiating a sale with Richard Donovan, who replaced Callahan as chief executive.

According to previous testimony in the trial, Rico provided Roger Wheeler’s schedule to the Bulger’s Winter Hill Gang, helping Martorano target him.

Roger Wheeler is one of the 19 murder victims listed in Bulger’s federal racketeering indictment. Bulger is accused of running a massive crime enterprise that killed people, laundered money, dealt drugs, and extorted businessmen. Prosecutors say he was allowed to carry out his crimes for so long because he was secretly cooperating with the FBI and was protected by his corrupt handlers.

Also Wednesday, Donald DeFago, 64, a former agent with US Customs Services, testified that he investigated organized crime and drug smuggling into Boston Harbor, and he worked with a cooperating witness, John McIntyre.

McIntyre was also one of Bulger’s alleged victims. Bulger allegedly shot him in 1984 after learning he had been cooperating with authorities, according to previous testimony in the trial.

McIntyre’s remains were found in a shallow grave in Dorchester in January 2000. Bulger’s former associate, Kevin Weeks, testified that he helped bury his body there.

DeFago said McIntyre disappeared after giving authorities a statement about drug dealing and gun smuggling. DeFago said he investigated McIntyre’s death but did not know what happened to McIntyre until his remains were recovered in 2000.

DeFago said authorities had learned in 1984 that a Gloucester trawler, the Valhalla, had delivered seven tons of weapons to a ship off the coast of Ireland to be delivered to the Irish Republican Army. That ship and the weapons were seized by authorities.

McIntyre, a Quincy fisherman, was aboard the Valhalla, and was arrested on a drunken driving charge after the trip. He began cooperating with authorities, DeFago said.

McIntyre, according to DeFago, provided information about gun running and drug smuggling, helping investigators in one case that yielded 36 tons of marijuana.

Bulger learned that McIntyre was an informant after one trip, according to previous testimony in the trial. The leaders of McIntyre’s drug ring offered to help him captain a ship if he could put up $20,000 to become a partner in the deal. When McIntyre, who had no assets, was able to come up with the money, Bulger figured he was cooperating and received the money from his handlers, according to previous testimony in the trial.

DeFago said McIntyre “had instructions to call us. …. When he didn’t call, we got suspicious and started to go out to look for him.’’ 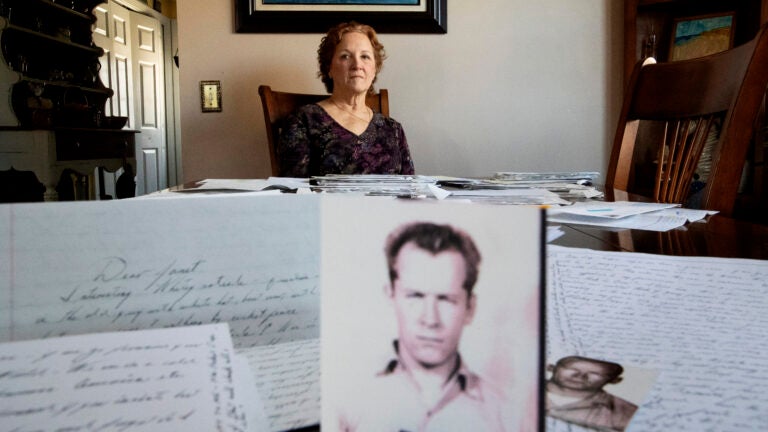