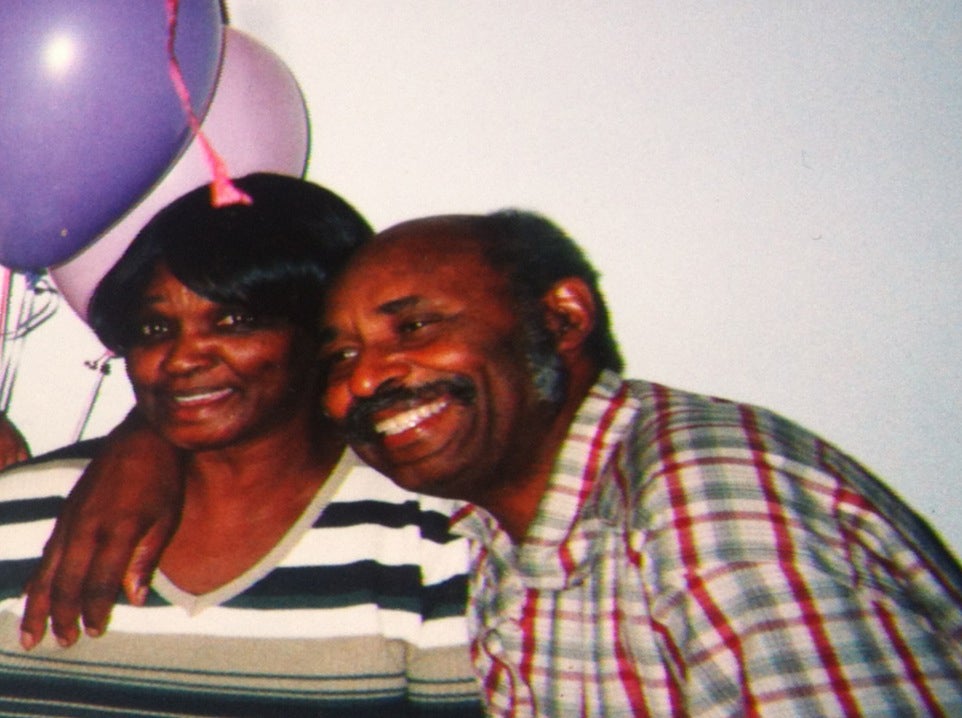 Lee Harmon (right) was beaten to death with a hammer as he rode his bike to tend to his disabled daughter.

The suspect in one case was apprehended this afternoon after being pursued and shot by police; the suspect in the other remains at large.

“Violence has no place in our community and the last 24 hours have made me heartsick,’’ said Mayor Linda M. Balzotti. She urged local residents and business owners to stand together against crime.

The first slaying happened at about 8:45 p.m. Tuesday on Clinton Street near James Street when 74-year-old Lee Harmon was beaten to death with a hammer as he rode his bike to tend to his disabled daughter Tuesday evening, authorities and family members said.

Harmon, who had lived in the city since the age of 14, taught at the local Head Start and was a Pentecostal clergyman. A father of seven and a grandfather of about 10, he often rode his bike through town, and was pedaling his way to care for his daughter, who has cerebral palsy, when he was attacked, relatives and witnesses said.

Witnesses told investigators they heard a crash and commotion, followed by breaking glass and a verbal confrontation.

The suspect in the Harmon slaying is still at large.

The second slaying happened this morning on Bellevue Avenue. A man in his 40s was stabbed to death. Police pursued the suspect and shot him this afternoon in a wooded area near the Brockton-Abington line. He was transported to a hospital for treatment and faces a murder charge, authorities said.

“This has certainly been an unusual last 18 hours in the city of Brockton,’’ said Plymouth District Attorney Timothy J. Cruz. He emphasized that people should understand that the second slaying “was certainly not a random act.’’

Back on Clinton Street, Lee Harmon’s wife, Francise, and other family members and friends, gathered at the scene of the crime this morning and held hands and prayed, standing on the blood-soaked asphalt and near several crumpled religious pamphlets that Harmon carried with him.

“Who could do such a thing to a man who never hurt anyone in his life?’’ his widow asked, her hands raised in the air.

State Police spent the early morning gathering evidence, including surveillance video from a nearby home and business, the Bristol district attorney’s office said.

A young man who lives on Clinton Street said he was the first person to go to Harmon’s aid, and immediately realized that he was gravely injured. Harmon sustained a gaping wound to the back of his head and his wrist had a severe wound that left a bone exposed.

Harmon was holding one hand over his blood-soaked head and was moaning, said the witness, who declined to give his name.

According to broadcast reports, a hammer was recovered at the scene.