The Martha’s Vineyard estate owned for many years by actor James Cagney is off the market. Restaurateurs Patrick Lyons and Sean Gildea have purchased Cagney’s Roaring Brook Farm property in Chilmark for $4.1 million. Cagney, who died in 1986, bought the land off North Road in 1938 and operated it as a farm, tending cattle and chickens. Fiercely private when he wasn’t promoting a film, Cagney, who won an Oscar in 1942 for “Yankee Doodle Dandy,’’ used to keep to himself while on the island. “He didn’t like people coming to take pictures and things like that, dig up plants and take them for souvenirs,’’ the property’s caretaker, Sydney Harris, told the Globe after the actor’s death. Cagney lamented the Vineyard’s commercial growth and in 1969 asked lawmakers on Beacon Hill to block an extension of the runway at the Martha’s Vineyard Airport. “Now they are talking of runways for jets. Is there no end to the destruction of all that is natural and worthwhile? Please give it some thought,’’ he said in his wire to lawmakers. Lyons, the owner of a number of Boston restaurants and nightspots, including Sonsie, Towne, and Scampo, and Gildea, who owns Blue Dragon with Ming Tsai and is co-owner of the commercial real estate firm, The Dartmouth Co., have not said what they plan to do with the property. 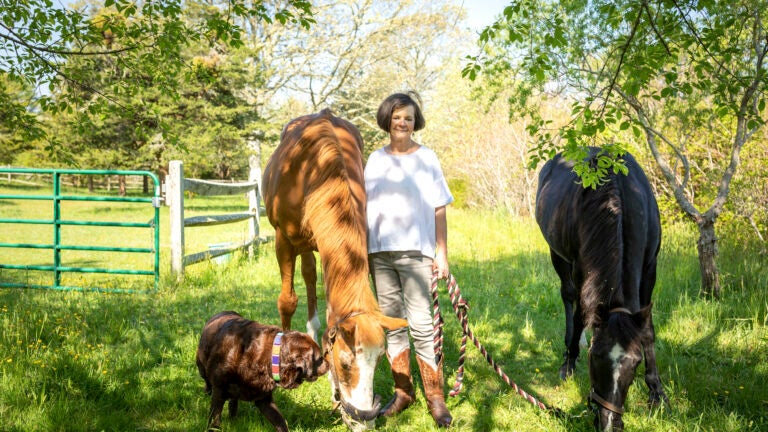