“Mad Men’’ actor Jon Hamm made a stopover in Boston on his way to Martha’s Vineyard. Hamm brunched at Brian Poe’s Tip Tap Room before heading out to the island, where, we’re told, he may spend a little time with his “Clear History’’ costar Larry David. . . . Hip-hop producer and performer Lil Jon had the crowd on its feet at Shrine at Foxwoods the other night. . . . Singer Gloria Estefan had dinner at Legal Sea Foods in Copley Place. . . . Celtics guard Avery Bradley was among a crew of volunteers who got together Wednesday at the Quincy-based nonprofit Cradles to Crayons to put together 400 bags of clothes, shoes, books, and toys for kids in need. 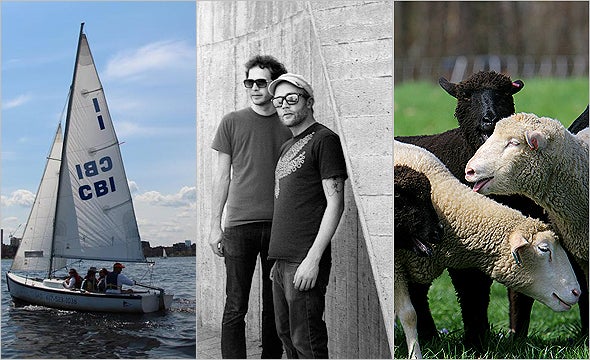