It was Gates vs. Gates on Martha’s Vineyard this week. On the same night Harvard professor Henry Louis “Skip’’ Gates Jr. hosted a screening and discussion of “Free Angela and All Political Prisoners,’’ a documentary about onetime Communist Party leader Angela Davis, Gates’s daughter, Elizabeth
, was nearby organizing a screening of “The Watsons Go to Birmingham,’’ a new Hallmark Channel film co-written and co-produced by Tonya Lewis Lee, wife of director Spike Lee. The island, it seems, was big enough for both events because both sold out. The screening of “Free Angela and All Political Prisoners’’ at Martha’s Vineyard Regional High School was the subject of some controversy after Harvard professor Alan Dershowitz, who’s been critical of Davis’s views on Israel, wrote a letter to the Vineyard Gazette claiming he was uninvited from the panel discussion, a claim disputed by Thomas Bena, executive director of Martha’s Vineyard Film Festival. (The panel, moderated by PBS’s Charlayne Hunter-Gault, did include Davis, attorney Margaret Burnham, who represented political activists such as Davis, and director Shola Lynch.) Meanwhile, at the Tabernacle in Oak Bluffs, over 600 people attended the “The Watsons Go to Birmingham’’ screening, including Spike, his wife, and the couple’s two children. The Lees have a house on the island, near Farm Neck Golf Club in Oak Bluffs, and when we passed it last week, there was a black Yankees flag waving in the wind. 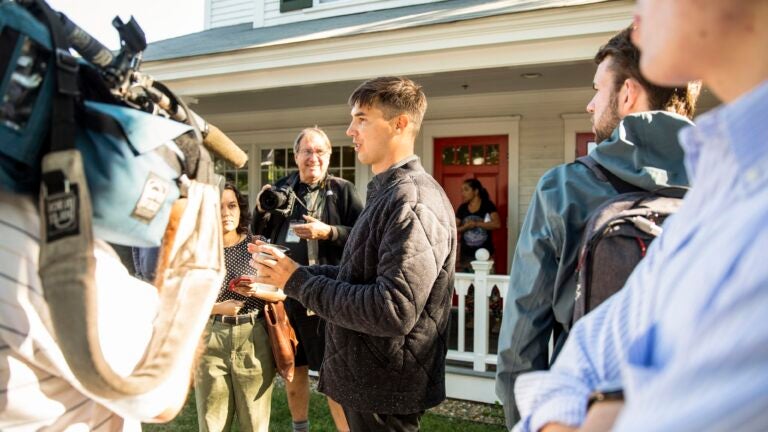