A Boston police detective was injured early today when his unmarked cruiser was struck by a Toyota driven by an alleged drunk driver from Peabody, police said.

The crash took place around 3:43 a.m. near the intersection of Massachusetts Avenue and Melnea Cass Boulevard in Roxbury.

Officers arrived to find the detective sitting in the driver’s seat of the crumpled Boston police vehicle. The detective, whose identity was not released by police, was rushed to Boston Medical Center for treatment of injuries that were not considered life-threatening.

The driver of the other car, identified as Darzi Perez,23, of Peabody, was arrested on a charge of operating under the influence of alcohol and failing to yield to an emergency vehicle, police said.

Perez was still in her vehicle when police arrived but was not taken to a hospital for medical care, police said.

According to the Registry of Motor Vehicles, Perez refused to take a chemical breath test at the scene, leading to the suspension of her license for 180 days. Her only other motor vehicle issue was from 2009 when she was ticketed in Lowell for failing to stop, RMV records show.

Perez pleaded not guilty in Roxbury Municipal Court to one count of driving under the influence and was released on personal recognizance, according to Suffolk District Attorney Daniel F. Conley’s office. She is due back in court Oct. 18. 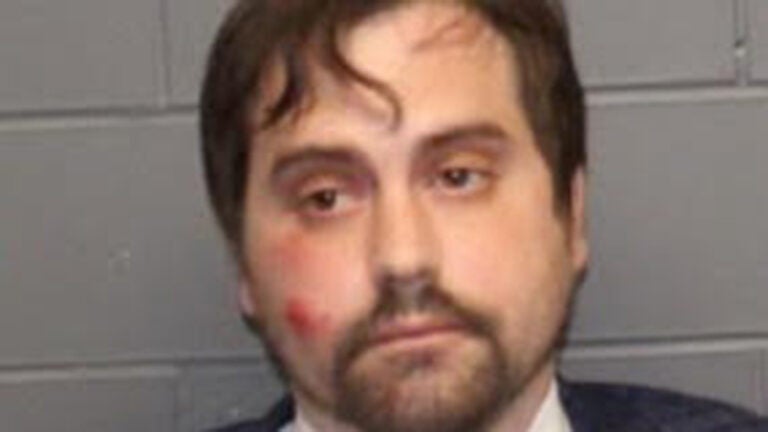