He traveled thousands of miles to each of Massachusetts’ 351 cities and towns to tip back a pint of beer — plus a few extras to soak in some local flavors — and with a final swig of his favorite golden lager Monday, Todd Ruggere’s nearly 10-month mission was complete.

Through smiles and a few tears, Ruggere, 38, thanked a small crowd at the Samuel Adams Brewery in Jamaica Plain for helping him raise approximately $40,000 for the Dana-Farber Cancer Institute.

Beginning his suds trip in January, Rugere bar-crawled his way through the Bay State, and he felt there was a necessary symbolism to finish the journey at the brewery where it all started, where he first pitched his idea to drink his way to donations.

Ruggere’s emotional ultimate Samuel Adams lager wasn’t necessarily a single celebratory drink. Family members, friends, and barflys he’d met on his charity tour joined in on Monday, and his supporters from the brewery filled and refilled his glass in bottomless congratulations.

Jim Koch, founder of Samuel Adams, presented Ruggere with a $5,000 donation to help top off his charity funds.

“There are people who run for governor of the state who haven’t been to every town, and he did it for beer,’’ said a beaming Koch.

“As much as I try other beers, I always end up back with the Boston Lager,’’ he said.

While Ruggere and his wife, Katie, have never had cancer and do not have any close relatives who are cancer victims, the Grafton resident said his tour highlighted how lucky his family is to have been unharmed by the disease.

“Every place I went, it seemed like everyone had had cancer,’’ he said. In a Brewster bar, Ruggere said he chatted about his charity with the bar’s three sole occupants. All three were cancer survivors.

Slightly pink in the face, Ruggere recounted that there were quite a few emotional moments during his tour. He said spending a few full weekends bar-and-town-hopping between some 20 locations, coordinating with locals for support to obtain designated drivers or hotels to stay, felt overwhelming at times.

The real stress came about three weeks into Ruggere’s journey, when he and Katie discovered in early February that they would be having their first child.

“There were two or three times where I was quitting,’’ he said. “My wife was pregnant and I was leaving all the time.’’

“We got through,’’ said Katie.

She laughed, adding that she was initially upset that she could not be his drinking buddy on the tour.

The couple are expecting a daughter in exactly one week, and Ruggere debated drafting her a name of distinction. 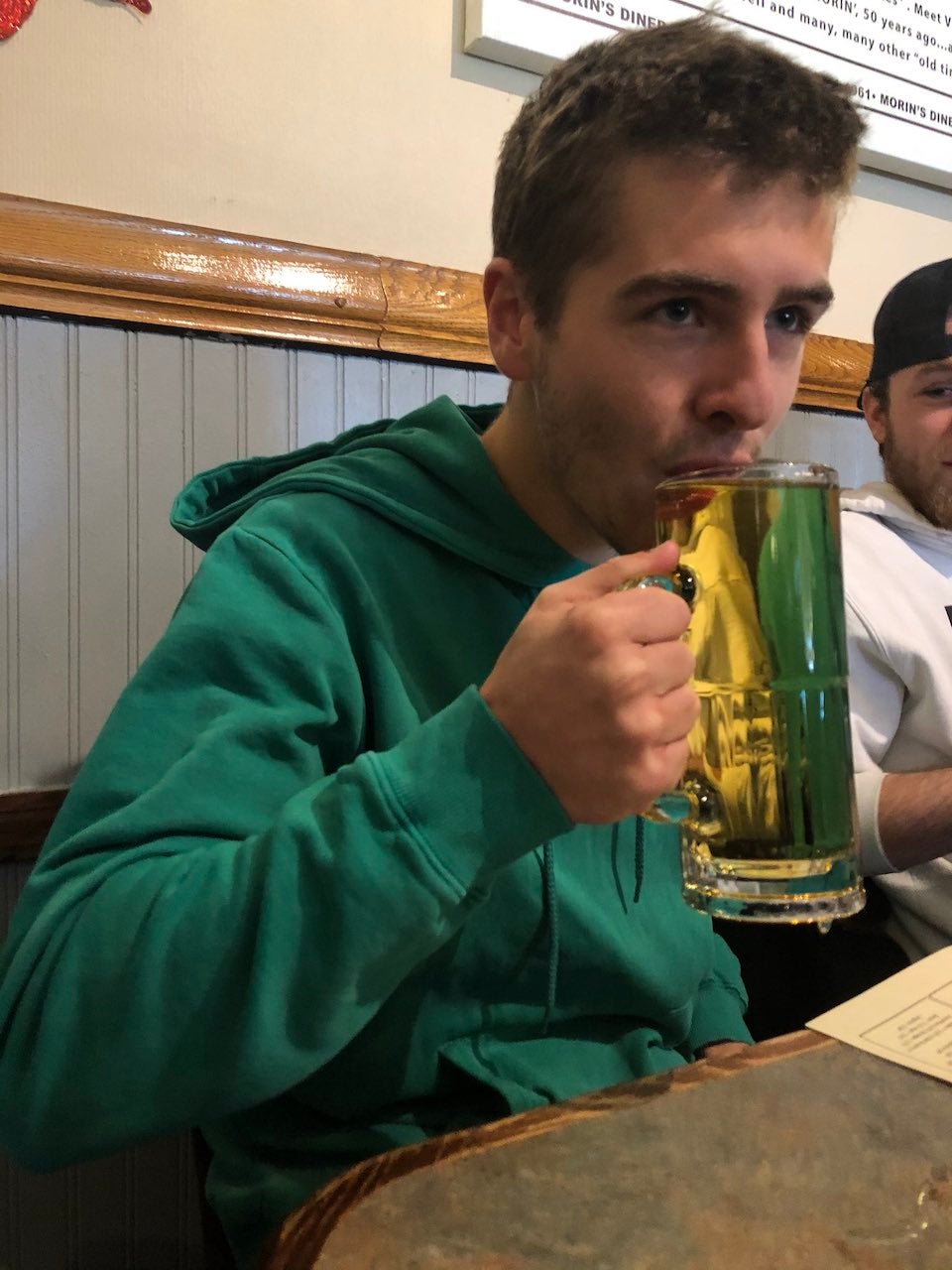 A Taunton man's late dad left him $10 to buy his first beer. He tweeted about it, and his story went viral.