A 24-year-old Danvers High School teacher has been found dead, and a 14-year-old boy is being held without bail on a charge of murdering her.

Philip D. Chism was ordered held without bail at his arraignment this afternoon in Salem District Court. Judge Matthew Nestor approved funds for a mental competency evaluation. Chism is to be tried as an adult; a probable cause hearing was slated for Nov. 22.

Police searched the school and found blood in a second-floor bathroom. Ritzer’s body was found later behind the school, Blodgett said in a news conference this morning at the high school.

“She was a very, very, respected, loved teacher. … It’s a terrible tragedy for the entire Danvers community,’’ Blodgett said.

Chism was found by police in the neighboring community of Topsfield at 12:30 a.m. today walking north on the southbound side of Route 1, Blodgett said.

He said authorities had no reason to believe there were any other suspects.

In the morning news conference, he did not identify Chism, citing state law protecting the records of juvenile offenders. He also released few further details of the investigation, declining to comment on whether the suspect knew Ritzer, when the suspect was linked to the teacher’s slaying, and how Ritzer died.

A law enforcement official briefed on the investigation said the teacher was stabbed and cut. It appeared, according to the official, that a box cutter was used. The official declined to speak for attribution, citing the sensitivity of the investigation.

No further details were released at the arraignment. With his mother in the gallery, the tall, lanky boy with close-cropped hair, stood quietly during the proceeding, wearing a jail-issued white jumpsuit.

But police said in a report filed today in court that the charges came after an interview of Chism and a review of video surveillance footage recovered at the school.

The evidence indicated that Chism “assaulted and subsequently murdered Colleen Ritzer and disposed of her body near the high school grounds,’’ the report said.

The report also said corroborating evidence was found at “multiple scenes at the Danvers High School and surrounding wooded area.’’

Police said the investigation was launched after both Ritzer and Chism were reported missing. The report also said, “Ritzer and the juvenile are known to each other from the school.’’ 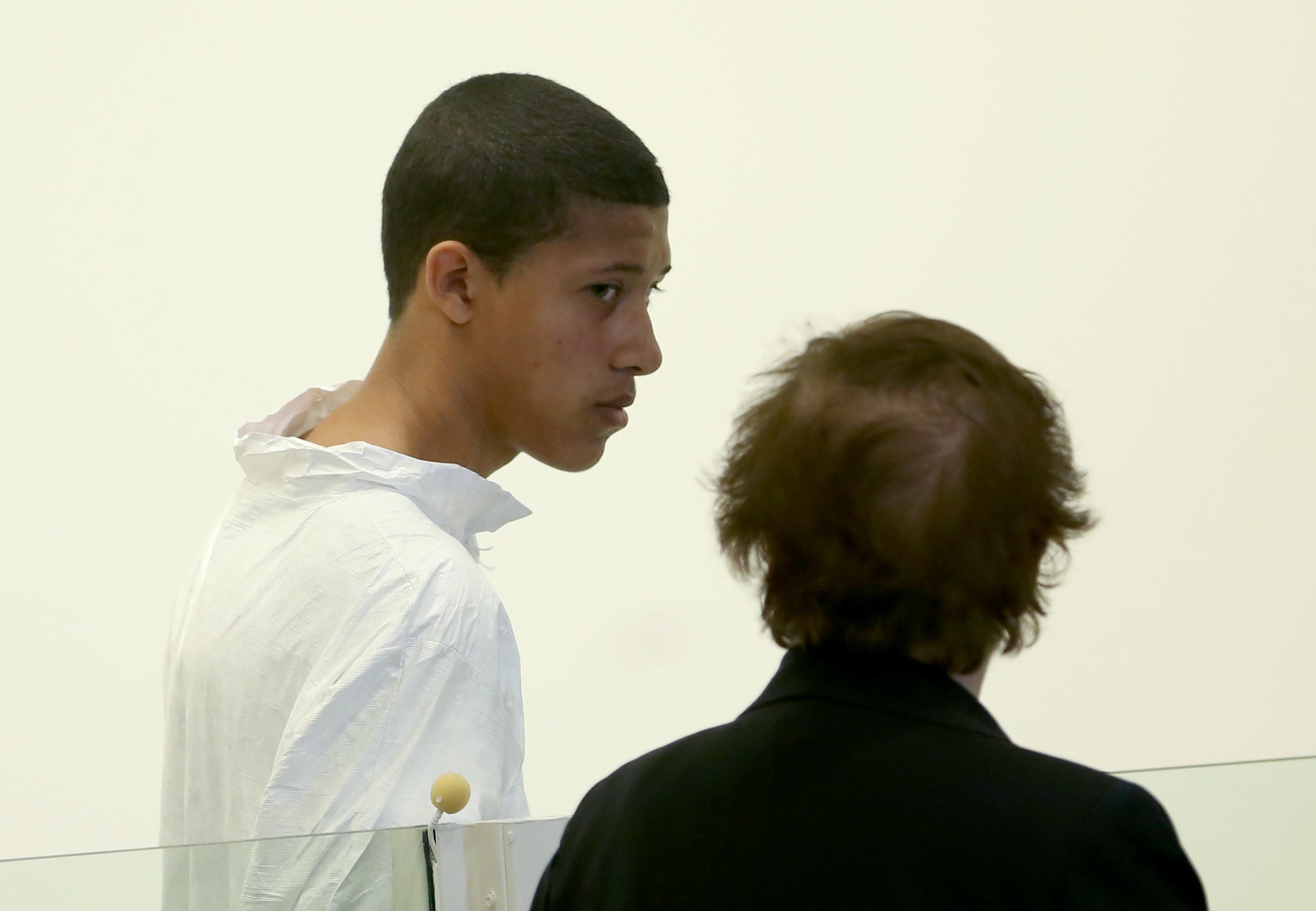 14-year-old Philip Chism during his arraignment. His attorney, Denise Regan, stands on the right. (Nicolaus Czarnecki/Metro)

Danvers police issued a tweet at 9:25 p.m. Tuesday, saying they were looking for Chism. Chism had recently relocated to Danvers from Tennessee, police said on their Facebook page. The posting said that he had last been seen at the Hollywood Hits theater on Endicott Street around 6:30 p.m. Police tweeted at 7:16 a.m. today that Chism had been found safe.

According to teammates, Chism is the leading scorer for the school’s junior varsity team as a striker. The teammates said that on Tuesday, Chism failed to make the team practice at 4 p.m. and also missed a regular team dinner that is usually held at 6 p.m. at a teammate’s home.

Four members of the team said in an interview that Chism was amiable, hard-working, pleasant, and had managed to collect some friends around him in his first months in a new school. They described him as about 6 feet tall, with a love of soccer.

Ritzer, a math teacher, was a young woman with a smile who had always wanted to lead a classroom, a long-time neighbor said this morning.

“She was gentle, with a big smile,’’ said Mary Duffy, who has lived next door to Colleen Ritzer’s family in Andover for more than two decades. “It makes no sense.’’

The Ritzer family issued a statement this afternoon, saying, “At this time we are mourning the tragic death of our amazing, beautiful daughter and sister. Everyone that knew and loved Colleen knew of her passion, her teaching and how she mentored each and every one of her students.’’ The family also asked people to respect their privacy and thanked the public for their thoughts and prayers.

Ritzer was a 2007 graduate of Andover High School. She received a bachelor’s in 2011 from Assumption College in Worcester. She had taken graduate-level courses at Salem State University.

All classes in Danvers public schools were canceled this morning due to the investigation. The academic wing of the school is blocked off with crime scene tape.

Town officials called parents at about 4:45 a.m. today, saying only that there was a police presence at the school and schools were canceled.

Sitting in a car parked across from the school, two students said they were stunned and terrified to hear what had happened.

“We are all terrified. It’s very scary,’’ said Caitlin McBride, a junior. “No one will ever look at this school the same way anymore.’’

McBride said she received a text this morning, saying the school was closed.

“I didn’t know what to do,’’ said Kendall Meehan. “It’s all very scary. It’s not something you see around here.’’

Both students said they didn’t know the 14-year-old who was reported missing. 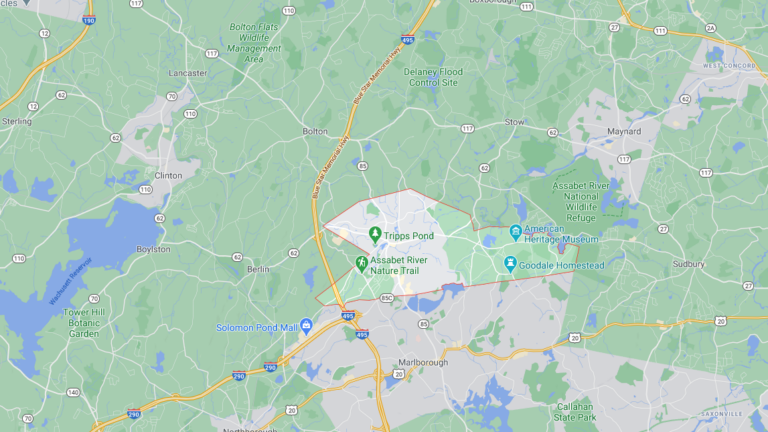