At least one Kmart department store was evacuated Friday night after bomb threats were called in to six of the stores in Greater Boston, officials said.

No bombs were found in any of the stores, and no one was injured, she said.

“It is too soon to know if the threats are related, but it is certainly possible,’’ Mieth said.

The man told an employee that if he was not given the merchandise, he would detonate bombs that had been planted in the store, Giorgetti said.

The building was evacuated while authorities swept the store for explosives.

A spokeswoman for the Sears Holdings Corp., which owns Kmart, did not return a call for comment Friday night. Spokesmen for police in Acton, Braintree, Lowell, Milford, and Somerville also could not be reached for comment.

Additional details on the threats and any other evacuations were not immediately available Friday night.

Similar bomb threats have been made to Kmart stores across the nation over the past few months, and the FBI has been advised about them, Mieth said. 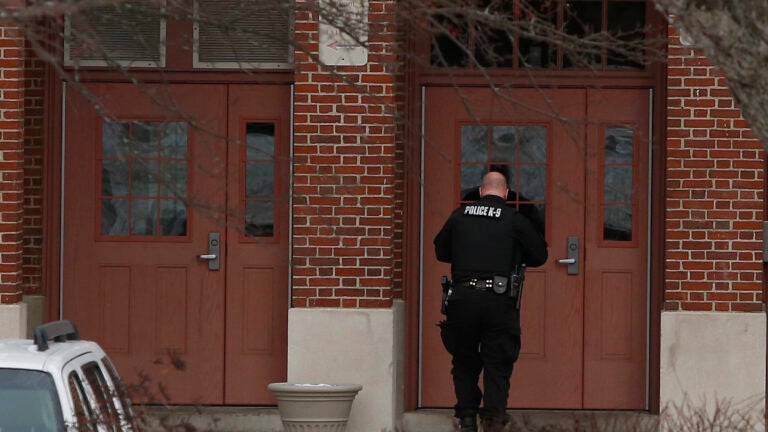