Kennedy said he was showing his solidarity with Iraqi dissidents in a moment that he compared to his uncle, President John F. Kennedy, proclaiming his sympathy with the people of Berlin in with the 1963 remark, “Ich bin ein Berliner!’’

It is time for America to live up to its principles and deny US support and aid to a government, led by Prime Minister Nouri Kamal al-Maliki, that denies basic freedoms to its people, Kennedy said.

“Are we on the people’s side who want freedom?,’’ Kennedy said in an interview with the Globe. “Or are we on the side of these repressive regimes like the mullahs in Tehran who are not only oppressing their own people, but are oppressing their neighbors in Iraq, through their puppet regime and Nouri al-Maliki?’’

The rally was held immediately before al-Maliki’s Friday afternoon visit to the White House in which al-Maliki said he would ask President Obama for US aid.

“We are not asking for American boots on the ground,’’ al-Maliki wrote in a New York Times op-ed Tuesday. “Rather, we urgently want to equip our own forces with the weapons they need to fight terrorism, including helicopters and other military aircraft.’’

The White House released a fact sheet Friday that shows it has sold or given a variety of weapons systems to the Iraqi military in recent years, including helicopters, a missile battery, and C-130 aircraft.

Before Obama considers giving any further assistance to Iraq, Kennedy says there must be a way to ensure Iraq is held accountable to the terms of any agreement.

“That’s what our country is about, conditioning assistance based upon the adherence of certain principles and accountability measures,’’ Kennedy said. “We shouldn’t be giving him any more military aid if all he’s going to do is use that to oppress and add fuel to the fire of this sectarian war that’s engulfed Iraq.’’

Iranian-Americans and human rights advocates have protested outside of the White House for a few weeks preparing for the Iraqi prime minister’s visit. They have implored Obama to hold al-Maliki accountable for the Sept. 1 massacre of 52 Camp Ashraf residents and the abduction of seven more.

Camp Ashraf for over 25 years been a refuge for many members and sympathizers of Iran’s main opposition group, the Mujahedin-e Khalq. The group believes that al-Maliki has close ties with Iran and that he ordered the assault himself. 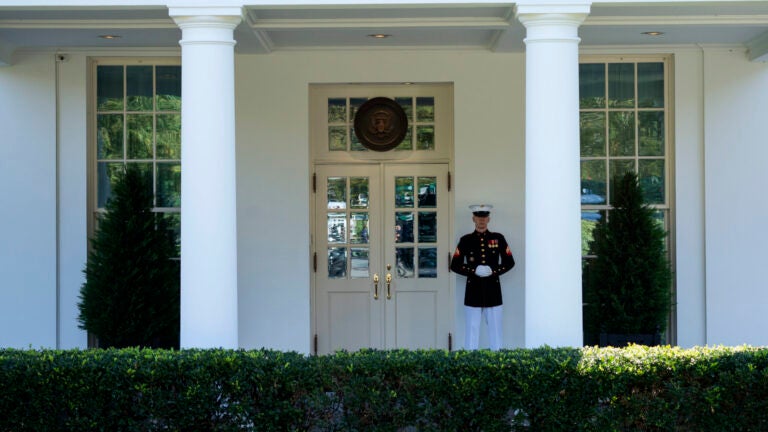