After much anticipation, Boston Mayor Marty Walsh has begun to make key appointments in his new administration. One of the most important positions that remains open is that of school superintendent. Technically, it is the school committee that hires a superintendent. But the mayor (who appoints the school committee) has tremendous influence. In choosing a new superintendent, Walsh and the Boston School Committee should seek someone with a strong background in arts education, someone who will make arts a priority in the city’s schools, both in terms of funding and classroom time.

Arts education — despite post-recession cutbacks nationwide — is not a luxury but a necessity, as important as reading and math. Recent studies as well as evidence from arts programs already in place in Boston have shown that underperforming students improve across the disciplines when they are enrolled in some kind of arts education — theater, dance, visual arts, music, etc.

Perhaps the most dramatic example is the Orchard Gardens school in Roxbury. The school (grades K-8) was one of the worst in the state, beset not only by poor test scores but by violence. Ironically, when Orchard Gardens was created as a pilot school in 2003, its facilities included a dance studio, visual arts studios, a theater, and a band room. But by 2010, the dance studio was reportedly being used for storage and the band instruments were mostly untouched. That is, until a new principal, Andrew Bott, took over. He fired all the security guards, and used that money to reinstitute a broad-based arts program.

The results: Three years later, Orchard Gardens has catapulted essentially from worst to best, producing some of the strongest MCAS test scores in the state. In September, Governor Deval Patrick — who boasted about the school at the 2012 Democratic National Convention — visited the students to congratulate them on their improvement.

Orchard Gardens is not an isolated case. A 2012 report from the National Endowment for the Arts, entitled “The Arts and Achievement in At-Risk Youth,’’ concluded that students “who have arts-rich experiences in school do better across-the-board academically, and they also become more active and engaged citizens, voting, volunteering, and generally participating at higher rates than their peers.’’ These words echo Patrick’s comments about the students at Orchard Gardens: “They’re doing really well on the MCAS, but they’re not focused on the MCAS in classroom . . . They’re focused on the love of learning. They’re focused on the puzzle solving and problem solving.’’

Granted, as a designated Level 4 “turnaround’’ school, Orchard Gardens was part of a targeted program that called for longer school hours and bulked-up programs in athletics as well as arts. But the arts were a cornerstone.

Arts education isn’t simply about some vague notion of “creativity.’’ Nor is it about raising a generation of artists (though worse things could happen). It’s about learning a skill involving discipline and practice. It’s a way of thinking and — as the NEA and Governor Patrick cited — a way of being engaged.

Years ago when I was teaching freshman writing at a local college, a group of my colleagues asked the eminent Harvard biologist E.O. Wilson what was most important in generating ideas. Much to our surprise, he didn’t talk about field observations or statistical studies. Instead he said that all new ideas begin with metaphor — defined, simply, as that which is symbolic of something else. Metaphor is the key building block of all art. As Wilson used the word, it was not as a way to explain an idea, but a way to have one. And, clearly, art is another way to have an idea.

The arts were a big part of Walsh’s campaign. His closest campaign adviser, Joyce Linehan, who comes from an arts background as both a publicist and music industry professional, is now his chief of policy. This point of view is promising. But what’s important now is that Walsh and his administration maintain the courage of their convictions. As Walsh has reiterated, the arts are crucial to the health of the city. As such, they’re also crucial to the health of the city’s schoolchildren. 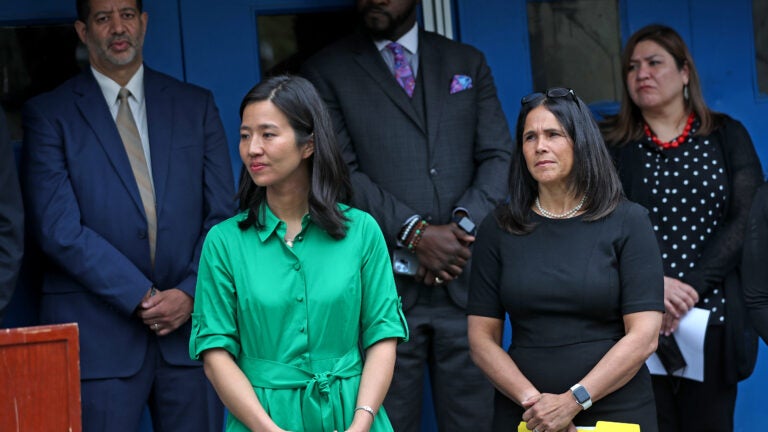