Jenny Dell’s bosses at NESN might not care that she’s dating Red Sox third baseman Will Middlebrooks, but at least one female Boston sports reporter thinks such relationships are a bad idea. Appearing on ESPN New Hampshire’s “Christian and King’’ show, Abby Chin, the Celtics sideline reporter for Comcast SportsNet, said she would never get romantically involved with an athlete she covers. Without mentioning Dell and Middlebrooks by name, Chin (inset) said she draws a clear line between her professional and personal lives. “I just know for me and my mind-set, it’s not even an option. I’ve crossed that pathway off completely. For me, personally, that’s how I deal with it. I’m not going to say that no player has ever hit on me, but it’s just not an option. I would immediately shut down any sort of request. It’s a bridge I’m not willing to cross.’’ Dell, who covers the Red Sox for NESN, tried during the season to keep her relationship with Middlebrooks under wraps. But the pair has since acknowledged that they’re a couple. Chin, who previously covered the Portland Trail Blazers and PAC-12 football for Comcast SportsNet Northwest, said she would have no credibility if she started dating an athlete she covers. “As a woman in this business, we are constantly climbing an uphill battle when it comes to credibility,’’ she said. “So even the slightest nick in your armor could have much larger effect. . . . Women in this business don’t get three strikes, they get one.’’ Contacted Monday, Dell declined to comment on Chin’s remarks. 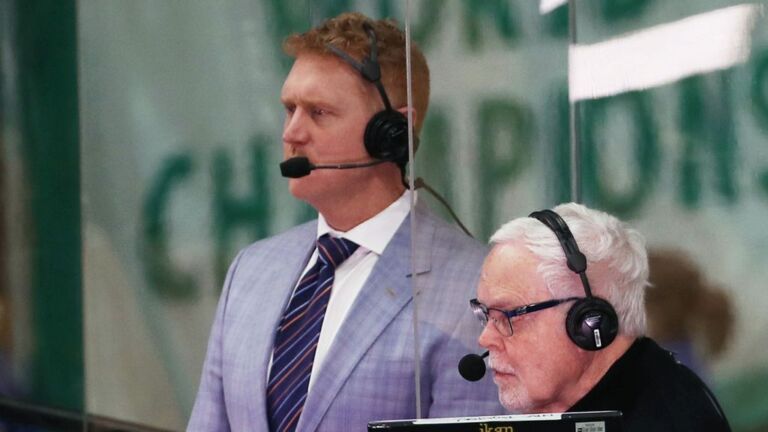 Local broadcast teams should return to the road, and other topics