As we watched the Golden Globes on Sunday night, we quickly lost count of all of the scene-stealers who have ties to Boston. Among the locals were former Boston University student Uzo Aduba, a.k.a. Crazy Eyes on “Orange Is the New Black,’’ who repped the show — and Massachusetts — with Wayland’s own Taylor Schilling. (Schilling, who played Ben Affleck’s wife in “Argo’’ before being cast in “Orange,’’ hung with Ben at the Globes afterparty at the Beverly Hilton Hotel.) Boston-born Ben Foster was there to support his fiancée, Robin Wright, who won the best actress honor for “House of Cards.’’ (Witnesses saw Foster guard Wright’s award as she used the men’s bathroom at a Globes afterparty.) Sudbury’s Chris Evans took the stage with Uma Thurman to present the award for best comedy series to Andy Samberg’s “Brooklyn 99.’’ And wearing local designer Michael De Paulo at the celebration was Boston’s Jane Deery, CEO of PGR Media. Keeping it local, she hung out with Medford native and Extra host Maria Menounos. 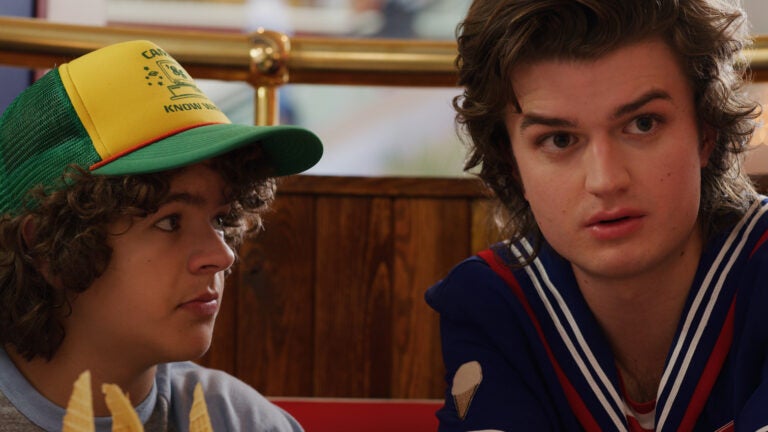