Actor Leslie Odom Jr., who played Sam Strickland on “Smash,’’ spent his Monday with the Boston Children’s Chorus for two performances of “Only Love,’’ a show inspired by the words of Martin Luther King Jr. The celebration took place at Jordan Hall at the New England Conservatory, where Coretta Scott King was studying when she met her future husband. Expected at the nighttime performance of “Only Love’’ were Attorney General Martha Coakley, Governor Deval Patrick and his wife, Diane, and Mass Cultural Council executive director Anita Walker. . . . Phillips Academy celebrated the holiday with a morning keynote speech by NPR and WGBH journalist Maria Hinojosa
, founder of The Futuro Media Group. . . . The Museum of Fine Arts marked the occasion with words from Mayor Marty Walsh, who stood at a lectern created by Argentinian artist Amalia Pica. The museum’s Teen Arts Council also spoke at the event. 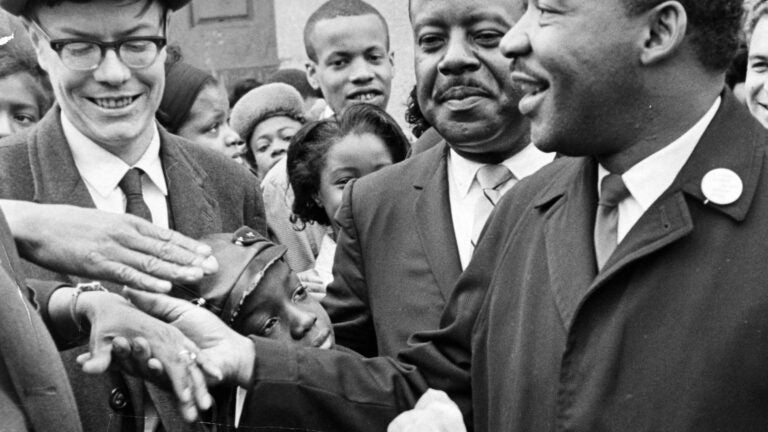