In preparing to stage “The Seagull’’ at the Perseverance Theatre in Juneau, Alaska, Peter DuBois went to see a 2001 production of Chekhov’s classic play in Central Park. The all-star cast included Meryl Streep, Christopher Walken, Kevin Kline, and John Goodman, but it was Philip Seymour Hoffman’s performance that bowled him over. “I remember thinking, ‘I want to direct that man in a show sometime,’’’ DuBois told us Monday. Six years later, as associate producer at New York’s Public Theater, he did just that, directing Hoffman in “Jack Goes Boating.’’ (The play was well-received by critics and played for 14 weeks.) The two became good friends, and Hoffman would occasionally travel to Boston after DuBois became artistic director at the Huntington Theatre. “Phil is an incredible human being,’’ DuBois said. “I can’t even use the past tense yet.’’ He said he learned from a text that the 46-year-old actor had been found dead in his New York apartment Sunday. Police suspect Hoffman died of a drug overdose. “I’m devastated, absolutely devastated,’’ said DuBois. Asked what distinguished Hoffman from so many other actors of his generation, DuBois said it was his intensity and his truthfulness. “My big aha moment with Phil was when we were doing ‘Jack Goes Boating,’ and I realized I couldn’t do group notes with him. He was the first actor I’d encountered like that. It was a more intimate conversation. [The work] was so personal and detailed and complete and requiring of no public filters.’’ Everyone has a favorite Hoffman performance. For some, it’s “Capote,’’ which earned him the Oscar in 2006, for others it’s in “Boogie Nights’’ or “Almost Famous’’ or “The Master.’’ For DuBois, it was in “The Talented Mr. Ripley.’’ “He made that movie,’’ he said. “That is the [expletive] one that knocked me over. He was so brilliant and cunning.’’ 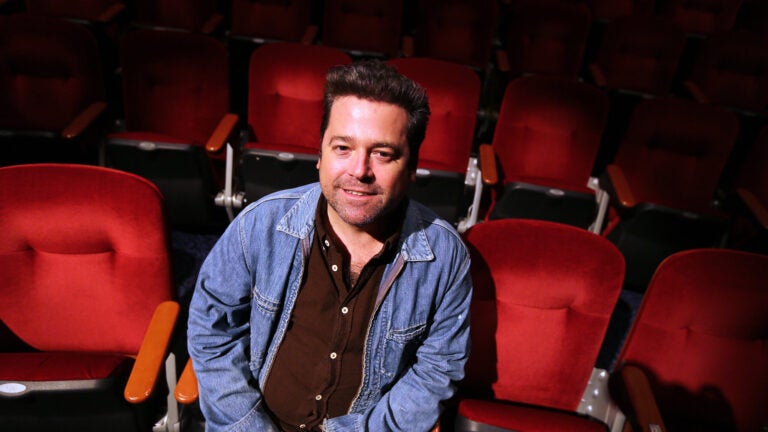