Matt Damon was in Cambridge — via Skype — on Monday night as part of a panel discussion at Harvard’s JFK School about his George Clooney-directed film “The Monuments Men’’ and the book on which it’s based. He called in to join architectural historian Lucia Allais; Robert M. Edsel, who wrote “The Monuments Men: Allied Heroes, Nazi Thieves and the Greatest Treasure Hunt in History’’; and moderator Diane McWhorter, the Shorenstein Center’s A.M. Rosenthal Writer-in-Residence, for the talk. Damon plays monuments man and 1927 Harvard grad James Rorimer in the film, out this week. 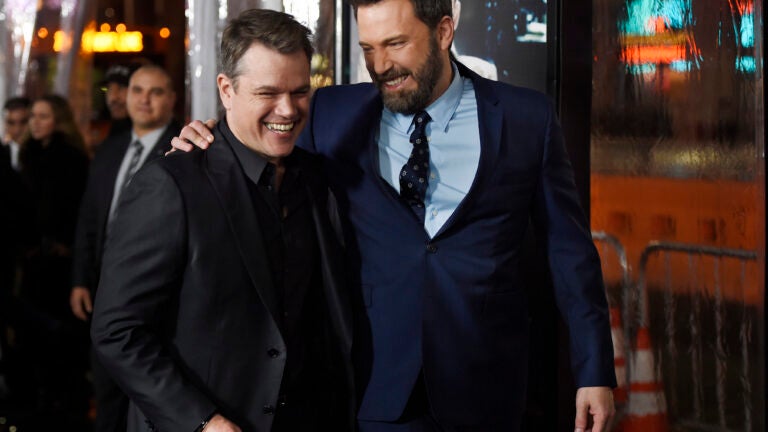