This is a busy campaign season for political consultant Doug Rubin.

He represents Attorney General Martha Coakley in her bid to become governor. He also handles public relations for Mohegan Sun in its bid to win a casino license for the Boston region.

Sometimes, that lands Rubin and his company, Northwind Strategies, right in the middle of the same story. This week, Coakley urged Massachusetts regulators to prohibit casinos from placing liens on the homes of patrons who borrow money and then fail to pay it back. The AG’s exhortation followed a Boston Globe story about the longtime practice of two Connecticut casino operators to loan money to gamblers and then go after their homes when they don’t pay up.

One of those casino operators is Rubin’s other client — Mohegan Sun.

If that sounds complicated, it is.

In its initial response to questions about its credit and collection policies, Mohegan Sun defended the practice of using liens. “Your inference that our methods of seeking repayment are somehow more aggressive than other gaming companies is not accurate,’’ wrote Charles Bunnell, chief of staff of the Mohegan Tribe, in a letter to the Globe. After Coakley warned of the dangers of that practice, Mohegan Sun put out a statement saying “We have always indicated our willingness to work with the Gaming Commission within whatever regulatory framework they establish.’’

Rubin’s shop helped craft both statements from Mohegan Sun. In the first, liens are fine. In the second, doing away with them is fine, too. Coakley’s letter to the state gambling commission came directly from the AG’s office, not from Rubin’s operation — a technical way to separate what he’s doing for two clients with, in this instance, very different interests.

“This is not an uncommon issue for consulting firms like ours to encounter,’’ said Rubin. “We are very careful to draw clear lines with our clients.’’ He said Northwind didn’t “discuss the issue’’ with Coakley before she sent her letter to state regulators — or before she made a decision to block a ballot question that calls for repeal of the state’s new gambling law.

As a candidate for governor, Coakley says that casinos are not her first choice for an economic development plan, but since expanded gambling is now legal in Massachusetts, she wants to make sure it’s done right. As AG, she issued a ruling last September that kept a question calling for the repeal of casino gambling off the ballot. She argued that the money casino operators put up to take part in the licensing process amounts to an implied contract with state officials; therefore, if the ballot question wins and the law is repealed, that would constitute an unconstitutional taking of property from casino operators.

The ballot question’s backers appealed the AG’s ruling to the Supreme Judicial Court, which is expected to take up the matter sometime this spring. In January, several casino companies pursuing Massachusetts gambling licenses — including Mohegan Sun — asked the SJC to let them join the suit. In their motion, the casino companies argued they have an interest in the AG’s side of the case, because their property rights are at stake.

That means Coakley and Rubin’s client are officially aligned on the referendum question. That may work well for Rubin, but it could pose problems down the road for Coakley, who is seen as the likely Democratic nominee. Republican Charlie Baker, who supports casino gambling, said he supports the voters’ right to weigh in, via ballot question.

For Rubin, being the man in the middle of Massachusetts’ biggest political stories is further proof of his ascendance in the world of consulting. His company is also involved with a local effort to bring the summer Olympics to Boston in 2024.

Last September, a lengthy Boston Magazine profile dubbed him “the hottest political consultant in Massachusetts.’’ In the piece, Governor Deval Patrick, for whom Rubin worked as strategist and chief of staff, called their relationship “a blessing.’’ Elizabeth Warren recounted how she told Rubin she would get into the Senate race only if he worked for her.

Now, in the heat of multiple campaign battles, the Bay State’s hottest consultant must keep all his interests straight — and separate. 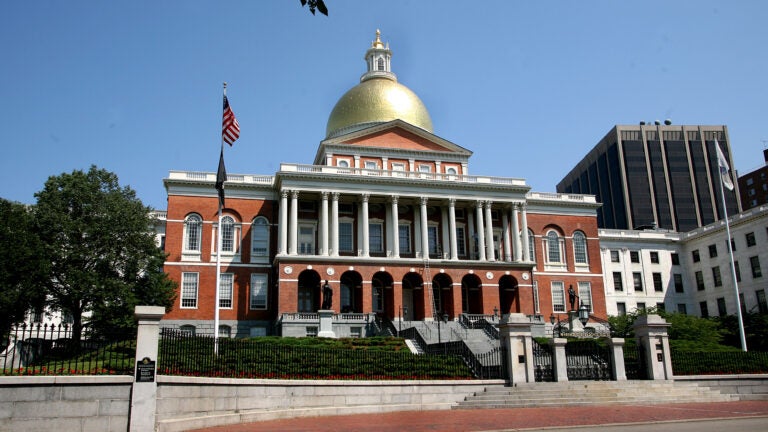 Last call for casino drinks is tough call in Massachusetts