When I learned that Harold Ramis died last week, I reacted they way I’m guessing many others did: By queueing up “Groundhog Day.’’

The 1993 movie about almost-eternal life, which Ramis co-wrote and directed, is the deepest light comedy of all time, variously held up as a parable of Buddhism, Christianity, Judaism, Kabbalah, Nietzsche, Camus, the Sisyphus myth, the practice of yoga, the process of recovery.

It’s less celebrated — though it should be — as a theory of love. Because it turns out that Ramis’s true genius was making “Groundhog Day’’ into a romantic comedy, when it easily could have been something else.

The original “Groundhog Day’’ screenplay, written by Brookline resident Danny Rubin, had the same slam-dunk concept: Phil Connors, a cynical TV weatherman, finds himself trapped in an endless loop, on February 2, in groundhog-loving Punxsutawney, Penn. Rubin came up with the setting, the basic roster of characters, and the brilliant idea that “I Got You Babe,’’ played on the clock radio every morning, would be a fitting signifier of hell on Earth.

But Rubin’s script was a much darker comedy, more explicit and overtly philosophical, filled with voice-overs and a running count of the days Phil spent in his time loop. Rita, Phil’s love interest, was coarse and world-weary. And the ending had a clever but caustic twist: Phil finally won Rita’s love and awakened to a new day, only to find that Rita was in a time loop of her own, repeating February 3 for all eternity.

In his book “How to Write Groundhog Day’’ — a fun little tome about the processes of creativity and Hollywoodization — Rubin reprints the original screenplay and recalls that he got two offers for the script. One was from an indie studio that promised to make the movie as written. The other was from Columbia Pictures; Ramis had a deal with them, and wanted to produce and direct it.

Rubin chose Ramis, accepting the tradeoffs: the director of “Caddyshack’’ would have a different vision, but a broader audience. (If Nietzsche had written chick lit, he might have been more popular, too.) And he came to appreciate Ramis’s idea about reframing the story through the arc of a romance.

In both screenplays, Phil goes through various stages of coping with eternal life — he’s bored, despairing, suicidal, hedonistic, gloriously productive, selflessly generous. But in the original screenplay, Phil picks up wisdom from a priest, his mother, a bum on the street. In the final movie, his epiphanies stem from Rita. He fails to woo her by manipulation, then slips into despair. He approaches her with honesty, then gains a sense of hope. He stops wooing altogether, betters himself, and wins her at last — and the curse is finally lifted.

This is actually a pretty profound philosophy of romance — not just about how to get the girl, but about how the girl gets you.

“I could never love someone like you, Phil,’’ Rita says, after one night of desperate courtship, “because you’ll never love anyone but yourself.’’

In fact, it’s Phil who’s right: It’s only when he learns to like himself, to nurture his talents and make true friends, that he becomes a suitable match. Plenty of movie romances end when the selfish guy appeciates what was before him all along: He gets his act together, improves himself, and claims what he finally deserves. (And the woman accepts: “You had me at hello.’’)

“Groundhog Day’’ posits that love isn’t the reward so much as the byproduct: that wonderful thing that happens when another person makes you better. Bill Murray and Andie MacDowell aren’t a natural match — he all nuance and folds and perfectly timed pauses, she an absolute blank slate. But her guileless, glass-half-full look at the world is what Phil needs to reimagine his life. Why he needs her doesn’t matter. She makes him need himself.

And in the end, we believe it: Phil doesn’t need philosophy or religion, some external belief system or a curse-lifting cure. He just needs the right person, setting him on the right path.

He gets the girl, but more importantly, he gets the future. Talk about a happy ending. 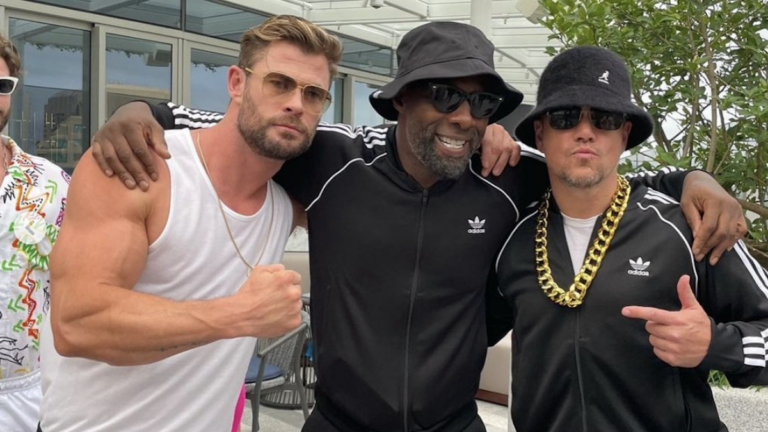