WASHINGTON — Joined by family members who lost loved ones in the Sept. 11, 2001, attacks, Representative Stephen F. Lynch renewed his push Wednesday to make public part of a 9/11 congressional investigation.

The South Boston Democrat and Representative Walter B. Jones, a Republican of North Carolina, said releasing 28 pages from the investigation would expose new details on the terrorism plot that killed nearly 3,000 people. The two representatives introduced a resolution in December calling for President Obama to declassify the information.

“There are a lot of American families who lost loved ones, so it’s not just a local issue for me,’’ Lynch said in an interview. “They all deserve full disclosure.’’

Lynch and Jones said they have recently reviewed the findings, which were kept almost entirely secret when the House and Senate Intelligence Committees released their final report in December 2002. Without disclosing specifics, the report said investigators found “information suggesting specific sources of foreign support for some of the September 11 hijackers while they were in the United States.’’

In an emotional news conference Wednesday, relatives of 9/11 victims said releasing the 28 pages would help bring justice to those behind the attack.

Sylvia Carver, whose sister died in the Pentagon attack, said she has been seeking answers for more than 12 years.

The withheld pages have attracted controversy and conspiracy theories that the US government hid some aspects of the plan to fly hijacked planes into the World Trade Center, the Pentagon and a field in Pennsylvania.

Some experts have said that the home governments of the Al Qaeda terrorists may have helped fund the 9/11 plan. Many of the terrorists were from Saudi Arabia.

Terry Strada, whose husband was a World Trade Center victim, said she believes the US government is trying to protect the Saudi regime.

“I don’t believe people should get away with murder and that is exactly what happened,’’ said Strada, the national co-chair of 9/11 Families United for Justice Against Terrorism. “Al Qaeda is pure evil and so are their bankrollers.’’

The administration of former President George W. Bush redacted the pages from the report, called the Joint Inquiry into Intelligence Community Activities Before and After the Terrorist Attacks of September 2001. The documents have remained secret under Obama. The White House did not respond to a request for comment Wednesday afternoon.

Lynch said he believes they contain “vital’’ knowledge that would help Americans better understand the attacks. The South Boston Democrat, who was elected in a Democratic primary on Sept. 11, 2001, said he understands how many lives were changed that day.

“Our nation suffered a terrible loss,’’ he said. “We want to make sure these pages see the light of day.’’

Representative Thomas Massie, a Republican from Kentucky, challenged all members of Congress to review the findings, which he said do not pose a national security threat.

The resolution has five co-sponsors in addition to Lynch and Jones and is currently in the committee stage.

Lynch said he has had conversations with the Massachusetts delegation and believes that members will support the effort once they see the classified pages. 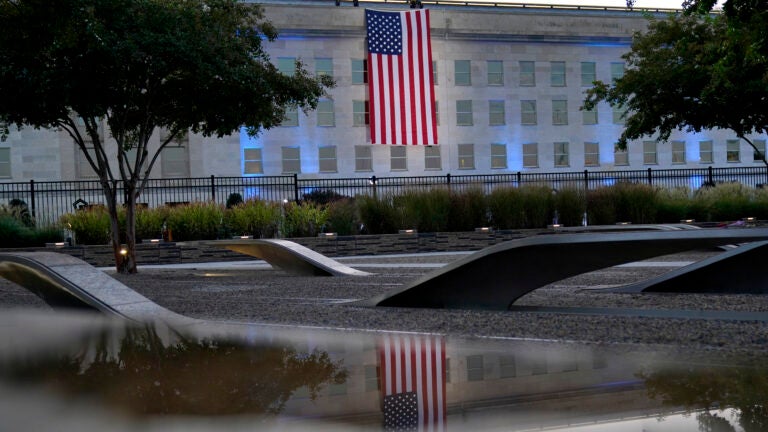