The recent uptick in gun violence in Boston, including the tragic death of a 9-year-old boy allegedly shot by his 14-year-old brother, has caused Mayor Marty Walsh to consider a gun buyback program. The announcement has been met with some misperception of the efficacy of past gun buybacks.

Since its inception in the 1990s, the Boston gun-buyback program has always had two goals: to eliminate guns from homes and the streets, and to mobilize all segments of Boston, including police, business, clergy, educators, and parents across all racial and neighborhood boundaries, to come together as a community, and thereby reduce fear. The program provided an opportunity for a citywide conversation about the role of guns in our lives, and gave us one thing we could all do: destroy one gun while working to possibly change one life.

As a co-founder of the first series of annual gun buybacks from 1993 to 1996, I manned the program’s hotline, and many callers told me about their situations. A mother from Charlestown, whose husband was locked up for armed robbery, was eager to talk about why she was getting the guns out of her life. She said her incarcerated husband had left behind a handgun and a shotgun, and her 14-year-old — who looked up to his father’s gangster image in their housing project — was hanging out with the wrong crowd, and had his eyes on those very guns. Talking about her husband, she told me, “I’m done with him, and his guns.’’ Talking about her son, she said, “With him, I still have a chance.’’ For her, this was her opportunity to put down her foot and to reclaim her home. She not only received logistical instructions for getting rid of the guns, she was given access to neighborhood counseling resources for her and her son.

A 13-year-old from Roxbury told me her boyfriend was locked up in the Department of Youth Services and had asked her to hold the guns until he got out. She was hooked up with a City of Boston street worker, who disposed of the guns through the buyback program and then helped the young woman with other issues, including truancy and counseling. In another case, a friend of mine — a mother whose son had been murdered, and who fantasized about killing the murderer still on the streets — surrendered her gun to be destroyed and then became a powerful advocate for violence prevention and justice.

With each successive gun buyback we got fewer guns, but harder-to-reach guns. City of Boston street workers in contact with court-involved young people told us that the program was an opportunity for these youths to get out of “the life.’’ It had taken awhile, but trust in the communities had been established. In addition, we developed a multi-faceted approach called The StreetSmarts Initiative; it promoted the gun-buyback program as just one piece of the urban violence solution, and called for such prevention efforts as the Louis D. Brown Peace Curriculum in the schools; forums to improve police and youth perceptions; a basketball peace league that brought unarmed rival gangs into the same room for healthier competitions.

The biggest misperceptions gun-buyback advocates are up against today are the same ones we saw 20 years ago: that buybacks are viewed as the only solution to the gun epidemic. No one is suggesting such a thing. Future gun buybacks could — and should — have more wrap-around services accessible to those seeking help.

Another misperception is that “the guns didn’t work, and the program didn’t work.’’ The guns I saw were all tested and in working condition. And the destruction of any one of those unsecured guns means the program worked, one gun at a time. What worked most, though, was that an anti-violence movement was born in those years, one that was truly citywide, diverse, and grass-roots. It included family members of homicide victims such as Tina Chery of the Peace Institute in Dorchester and Sandy King of the Charlestown After Murder Program; young leaders in Boston public housing who worked with children to create local “Toy Gun Turn-Ins’’; former gang members who turned their lives around; street workers, clergy, and even suburban donors to the privately funded program. Regular folks formed a unified citywide voice, imploring change. Everyone continued to do the valued work they were involved in at the community level, whether youth mentoring programs, arts programs, domestic violence work, gang intervention, or job training. But one thing brought us all to the same table, to a united cause: the gun.

We destroyed 2,901 working firearms from 1993 to 1996, and almost 1,000 in 2006. And we perhaps averted some human catastrophes that only those of us who have been there can ever fathom. Like most people who got involved, I came to the gun buyback program for personal reasons. Besides losing four siblings violently to various root causes, and having witnessed my own mother survive a gunshot wound from a stray bullet, the most heart-wrenching of all tragedies occurred in 1990 when a 13-year-old died in our apartment as a result of a carelessly stored gun. My 13-year-old brother was falsely accused of shooting his best friend and was subsequently churned through the system for a couple of extremely painful years before the conviction was overturned. The gun was a .357 Magnum.

On the final day of our fourth annual gun buyback in 1996, a priest called the hotline from Dorchester. He told me he had been handed a .357 Magnum by a 13-year-old boy who asked him to turn it in. For the family of that boy (and perhaps for another), yes the Boston gun buyback program worked. Let’s give other teenagers and parents looking for a safer life this same opportunity. 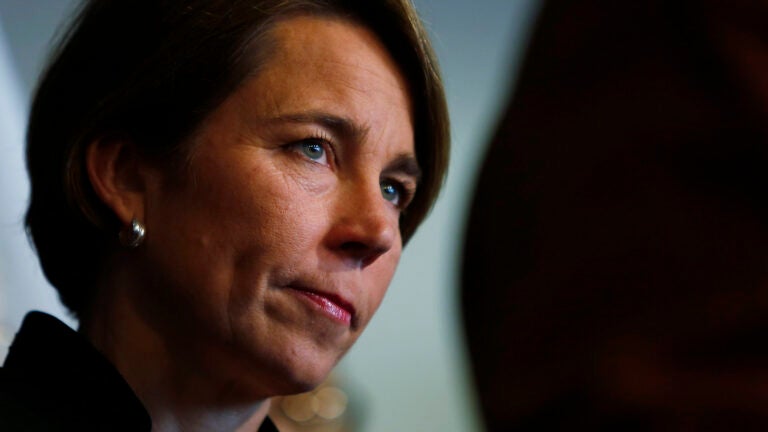