WASHINGTON — A Republican who plans to challenge incumbent Democrat Edward J. Markey in this year’s US Senate election announced Monday that he filed an ethics complaint alleging Markey used his political office to manipulate stock.

Markey has been under fire for writing letters to federal regulators urging an investigation of Herbalife after his staff met with William Ackman, a hedge fund investor who has made a $1 billion investment in a “short’’ position on Herbalife stock that will pay off if the company’s stock price falls. Herbalife, which sells nutritional supplements, saw its stock fall more than 14 percent in January after Markey’s initial letters and then 7 percent last week after the company announced it was being investigated by the Federal Trade Commission.

Markey has said his staff did not tell him Ackman stood to gain financially from his actions. But the Democrat said he still would have written the letters because of allegations that Herbalife’s business practices were hurting consumers.

Brian J. Herr, a Hopkinton selectman who has announced he will run against Markey, said in a press release that he is filing the ethics complaint with the Senate ethics committee, mailing a letter to Senator Barbara Boxer, a California Democrat who chairs the committee, and Senator Johnny Isakson, a Georgia Republican who is vice-chair.

“All you have to do is connect the dots to easily see that Senator Markey used his public office to manipulate the stock of a publicly traded company in order to financially benefit a campaign donor,’’ Herr said in a statement.

Ackman donated $32,400 to the Democratic Senatorial Campaign Committee in April, but not directly to Markey.

In a statement, Markey did not directly address Herr’s allegations but said he has fought for consumers his entire career.

“While I took no position on the allegations from constituents, I believed that I should not turn a blind eye and dismiss them,’’ he said. “The fact that the FTC has now opened its own inquiry into this case confirms that asking the agency to investigate was the right course. I await the FTC’s findings.’’ 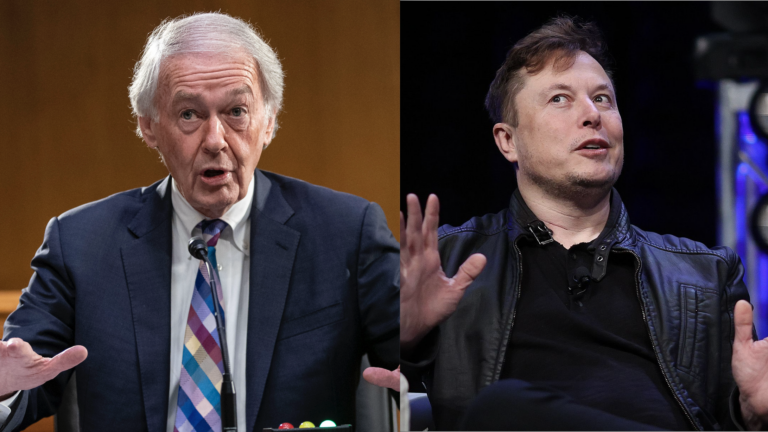