House lawmakers vowed to move quickly Tuesday to toughen the state’s domestic violence laws, saying they wanted to prevent another case like that of Jared Remy, who allegedly terrorized women for nearly two decades before allegedly killing his girlfriend last August.

Speaker Robert A. DeLeo said the House would pass a bill next week that would toughen penalties for repeat abusers, create new laws against strangulation and suffocation, and require bail commissioners to justify their decisions in writing before they release an accused batterer.

Accompanied by several district attorneys and the state attorney general, DeLeo said the bill was designed to end the kind of leniency that allowed Remy to harass and beat five different girlfriends over 17 years before he allegedly killed his girlfriend, Jennifer Martel, on Aug. 15.

“You could see that was a horrific act waiting to happen,’’ DeLeo said at a State House news conference. “After that, we had to do something to try to stem the tide of these terrible acts that are being committed, especially against women.’’

The bill immediately generated strong opposition from members of the defense bar, who accused lawmakers of rushing the legislation.

Remy’s defense lawyer, Edward P. Ryan Jr., said he suspected there might be some provisions of the bill he could support. But he warned it could further burden already strapped prosecutors, bail officials, and other court personnel.

“I think it’s unfortunate, that in the aftermath of a tragedy, there’s an immediate rush to legislative fixes that may not be well thought out,’’ Ryan said. “Unless this is associated with adequate funding and adequate personnel, we’ve got a problem.’’

Elizabeth A. Lunt, president of the Massachusetts Association of Criminal Defense Lawyers, said the bill was so broadly written that it could penalize two roommates arrested after an argument. She also warned that a requirement that bail officials wait between 6 and 8 hours before releasing an accused offender could violate a defendant’s due process rights.

“The problem is the not lack of statutes applicable to domestic violence situations,’’ Lunt said. “But there have been situations recently where the laws already on the books have not been utilized, and some of the new proposals are redundant. The law as it is now covers them.’’

DeLeo said that, despite such concerns, he was confident the bill will pass the House. After that, it will have to be reconciled with domestic violence legislation that cleared the Senate in October. That bill includes some, but not all, of the more than 40 changes contained in the House proposal.

Attorney General Martha Coakley argued the House legislation would prevent repeat offenders, like Remy, from passing through the court system year after year with little more than probation.

She pointed out that judges and other court personnel would have to undergo regular training sessions on the seriousness of domestic violence. Victims would be granted up to 15 days of leave from their jobs to help them recover or receive medical attention and counseling. In addition, the bill would create a new crime, first offense domestic assault and battery, punishable by up to 2. 5 years in jail.

“This was a case that indicated to us where there are gaps in the system,’’ Coakley said of the Remy case. “

Because Coakley, a Democrat, is a candidate for governor, her involvement in the legislation triggered criticism from the state Republican Party.

The GOP pointed out that Coakley had defended Middlesex District Attorney Marian T. Ryan last August, when Ryan’s office came under fire for not seeking to have Remy held on a charge of assaulting Martel, a day before he allegedly killed her. Remy walked away from court after his arraignment on a charge of slamming Martel’s head into a mirror, and police say he stabbed her to death the following night.

Coakley had backed Ryan, telling WHDH-TV on Aug. 20, “This is an issue of a DA who is experienced, who has done domestic violence cases, who has been in that office for a long time, who cares about victims. She has said, ‘My office did what we should have done.’’’

Ryan, however, acknowledged in December that her office erred in failing to request bail or ask a judge to hold Jared Remy during that arraignment.

Kirsten Hughes, the chair of the state GOP, highlighted the disparity between Ryan’s mea culpa and Coakley’s expression of support.

“I hope Coakley addresses whether or not she still stands by her vehement defense of the district attorney’s decision to let serial abuser Jared Remy walk,’’ Hughes said in a statement Tuesday.

Asked to respond, Coakley did not directly address Hughes’ criticism, but said Ryan was right to seek an external review of her office’s handling of the case.

“I think it was a helpful exercise for everybody to look at that,’’ Coakley said. “Certainly we know there were a lot of things that went wrong in this case.’’

Meanwhile, Republican gubernatorial candidate Charlie Baker on Monday released his own domestic violence plan, which includes some of the same proposals as the House plan. Baker’s plan would stiffen penalties for abusers and establish programs to help victims navigate the legal process, encouraging them to file charges and request restraining orders.

“I care deeply about the families torn apart by violence and believe our plan will put abusers behind bars and families in healthier situations,’’ Baker said in a statement. 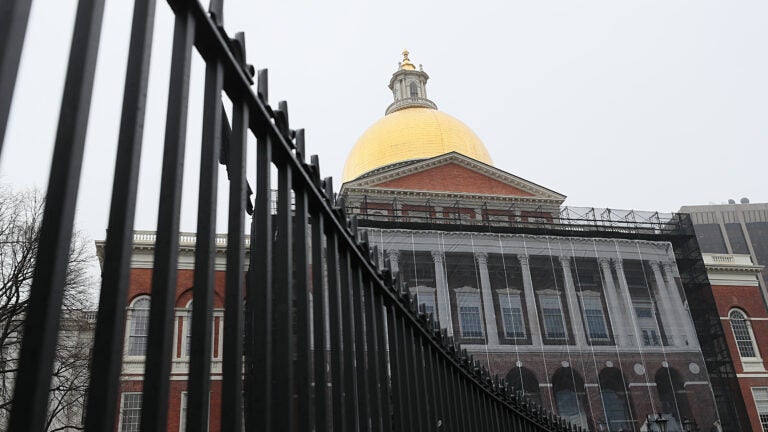