There’s no doubt about it. Different people get different treatment when it comes to domestic violence charges.

On one hand, there’s Jared Remy, who for decades got a pass from the criminal justice system, despite a long history of assaults and threats against women. With a famous father — Red Sox broadcaster Jerry Remy — and the best lawyering his father’s money could buy, Jared Remy was treated leniently until last August, when he was arrested for the murder of Jennifer Martel, his girlfriend and the mother of his 5-year-old daughter.

On the other hand, there’s former state Representative Carlos Henriquez.

In January, the Dorchester Democrat was convicted of assault after a woman testified that he punched her after she refused to have sex with him. He was sentenced to six months in jail and twice was brought in handcuffs to State House hearings held to determine his fate. His colleagues swiftly voted to expel him from the House of Representatives. On Tuesday, Evandro C. Carvalho won the Democratic nomination to fill his seat.

On April 14, Henriquez is scheduled for release on parole, according to his lawyer, Donna Soriano-Mills. She wonders, however, if “politics’’ will again influence the outcome. By “politics’’ she means a combination of factors, including the high-intensity media coverage of a state legislator in trouble with the law.

In this case, the legislator also happens to be black — another factor in the equation, according to Soriano-Mills. “Do I think race played into a black legislator perp-walking to the State House?’’ asked Soriano-Mills. “In my opinion, race plays into everything.’’

Although it is hard to imagine a white politician being brought in shackles to a State House ethics hearing, I don’t believe race explains everything about the outcome of the Henriquez case. A higher standard of behavior is expected from legislators, who are, after all, dispatched to Beacon Hill to make laws, not break them.

In 2014, there’s also a greater awareness of the danger associated with threats and violence against women than existed back in 1996, when the first incident of troubling behavior involving Jared Remy and a young woman was documented. And that heightened awareness is certainly welcome if it means more women will be protected from men who prey on them.

Still, with no prior criminal record, it’s unusual for a defendant to be sent to jail as Henriquez was. According to Soriano-Mills, he had no record of prior restraining orders nor any other offenses, “not even a traffic ticket.’’

At the time of sentencing, Cambridge District Court Judge Michele Hogan said she was sending him to prison because of the seriousness of the crime, but also because of his refusal to accept responsibility. Even after his jury conviction, Henriquez insisted on his innocence; an appeal is pending.

House Speaker Robert A. DeLeo said the Remy case inspired him to champion a bill that would strengthen the state’s domestic violence law. It would toughen penalties for repeat abusers, create new laws against strangulation and suffocation, and require bail commissioners to justify their decisions in writing before they release an accused batterer.

That, too, is a good outcome — as long as any tough, new law is applied equally to all. Part of the problem with the current law is that it obviously isn’t, leading to vast disparities in treatment. 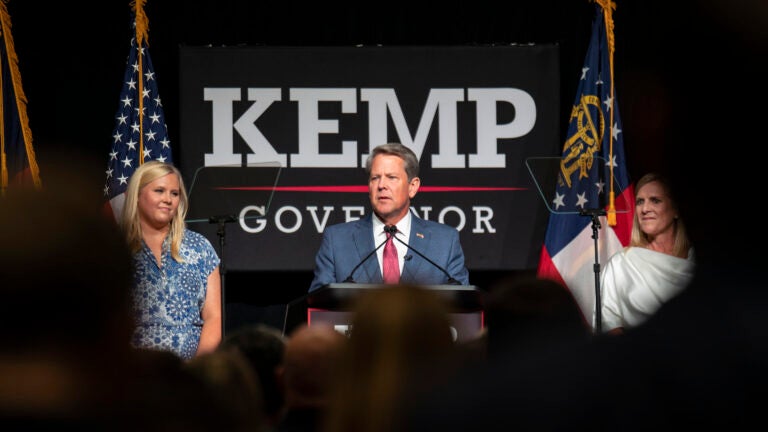