Film adaptations of books fall into two categories. There are the successes — “The Shawshank Redemption,’’ “To Kill a Mockingbird,’’ “The Princess Bride,’’ “The Godfather’’ and “The Lord of the Rings’’ trilogies, to name but a few of those that please dutiful readers, or even exceed their persnickety expectations.

Then there are the botched book-to-film transmogrifications, the ones which fans, try as they might, cannot undo: “Bonfire of the Vanities,’’ “The Scarlet Letter,’’ “Even Cowgirls Get the Blues,’’ “Nineteen Eighty-Four,’’ “The Cat in the Hat,’’ “The Great Gatsby’’ (both the 2013 Baz Luhrmann and 1974 versions).

Frank Herbert’s “Dune’’ feels like a movie that was both made and not made. The seemingly unfilmable science fiction novel was adapted twice: first, 30 years ago, by David Lynch, whose version was widely slammed. (Who can forget Sting wearing those otherworldly, armored underpants?) In 2000 came the three-part SyFy network mini-series, more positively received than Lynch’s disaster, but still leaving much to be desired in the hearts of Herbert mavens.

Then there’s the haunting film that was made about the movie that was never made: “Jodorowsky’s Dune,’’
Frank Pavich’s account of Chilean filmmaker Alejandro Jodorowsky’s failed effort to film his own version.

Fresh on the heels of the cult-weirdo films “El Topo’’ (1970) and “The Holy Mountain’’ (1973), Jodorowsky became obsessed with Herbert’s story about “Game of Thrones’’-esque noble “houses’’ and their interplanetary wars over “melange,’’ a substance that imparts long life, vitality, and heightened awareness. As the director, now 85, recounts in the documentary, his “Dune’’ would be akin to a mind-expanding drug trip. “I wanted to make something sacred,’’ Jodorowsky says. “ ‘Dune’ will be the coming of a god.’’

Jodorowsky gathered around him an A-list of oddball actors, visionary artists, and musicians, from Mick Jagger and Salvador Dalí (both lined up to act in the film), to artist H. R. Giger (to conceptualize the sets) and Pink Floyd (to compose the music). By 1975, he’d raised some $10 million of the projected $15 million budget, and frittered away $2 million of it. But Jodorowsky’s “Dune’’ was never made.

This was before “behind the scenes’’ documentaries became ubiquitous on DVD boxed sets. No one had recorded the location scouting trips, or interviewed the artists in their studios. “They did the work every day and never went about documenting it. It was just a different time,’’ Pavich said in a recent interview. “Nobody had a camera in their pocket, like everybody does now, with their phone’’ — to capture every breath we take.

All that preserves Jodorowsky’s nutty vision is an extant production book, complete with concept art depicting the trippy environments, costumes, and vehicles, and an astonishing storyboard of every proposed shot (sketched by the French comic book artist Moebius). Also trapped in amber are “these amazing tales,’’ said Pavich, salvaged from surviving members of the production team. “These storytellers’’ do their best to bring Dune’s Neverland to life.

As the documentary progresses, the viewer’s heart (OK, my heart) grows heavier with the accumulated weight of every loss, of each palace that was never built, each spaceship that never flew through space. But buffering the blow is my realization that Jodorowsky’s adaptation, like Lynch’s, probably would have stunk. Using circa 1975 special effects, could his team of designers and technicians have come close to translating Jodorowsky’s LSD-inspired reveries? Could the director have even pulled off the production? Most likely, no and no.

But the “Dune’’ of ideas, of storyboards and dreams, is real. Like the mind-movie of a beloved book we all picture when we read, the Platonic — or shall we call it Jodoric? — version of Hebert’s novel lingers in my mind’s eye. It can’t disappoint. It’s perfect. Which is exactly how I like my films. 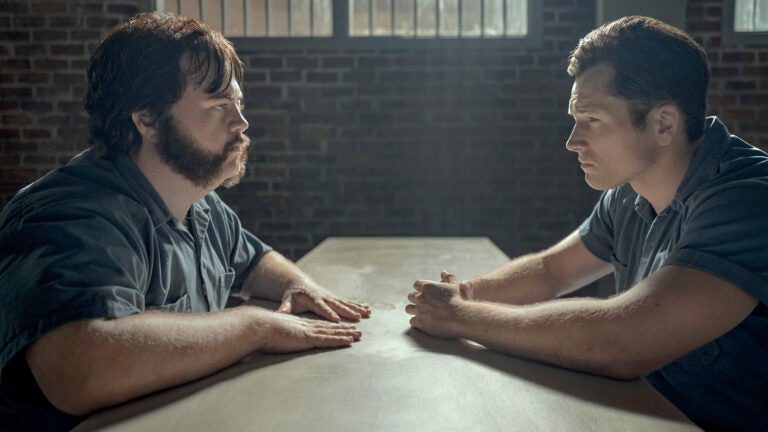