Local characters mobbed the Boston Teachers Union over the weekend to audition for “Black Mass,’’ the Whitey Bulger movie starring Johnny Depp that will shoot around Boston from mid-May to Aug. 1. C. P. Casting held auditions for extras from 1 to 6 p.m. on Saturday and Sunday. The casting company was also on the hunt for cars from the ’70s and ’80s for the film, which is based on a book by former Globe reporters Dick Lehr and Gerard O’Neill. Hopefuls who came out for the call included Mary Collins, who donned fur and shades for the occasion; Billy Bauer Jr., who showed off his Southie pride; and Dionisios Hologitas, who said, “I fit the Italian gangster profile, and I’m from Dorchester.’’ John Perry of South Boston was also there to offer up his 1977 Lincoln Continental for the shoot. 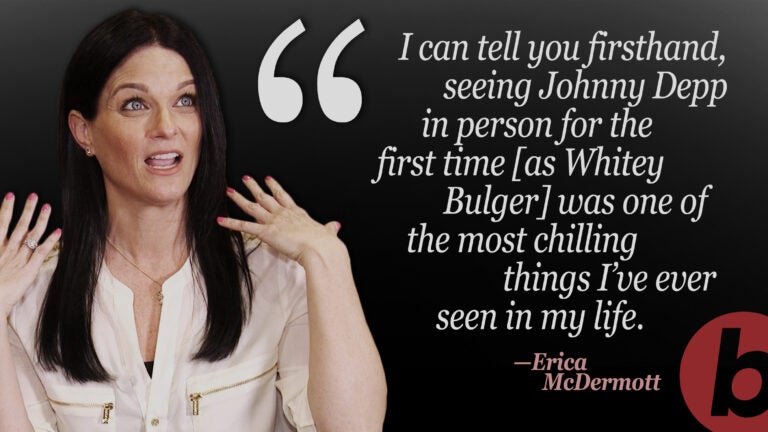