Blizzard conditions, and even some thunder snow, rolled through Massachusetts Thursday, as the state largely came to a halt. 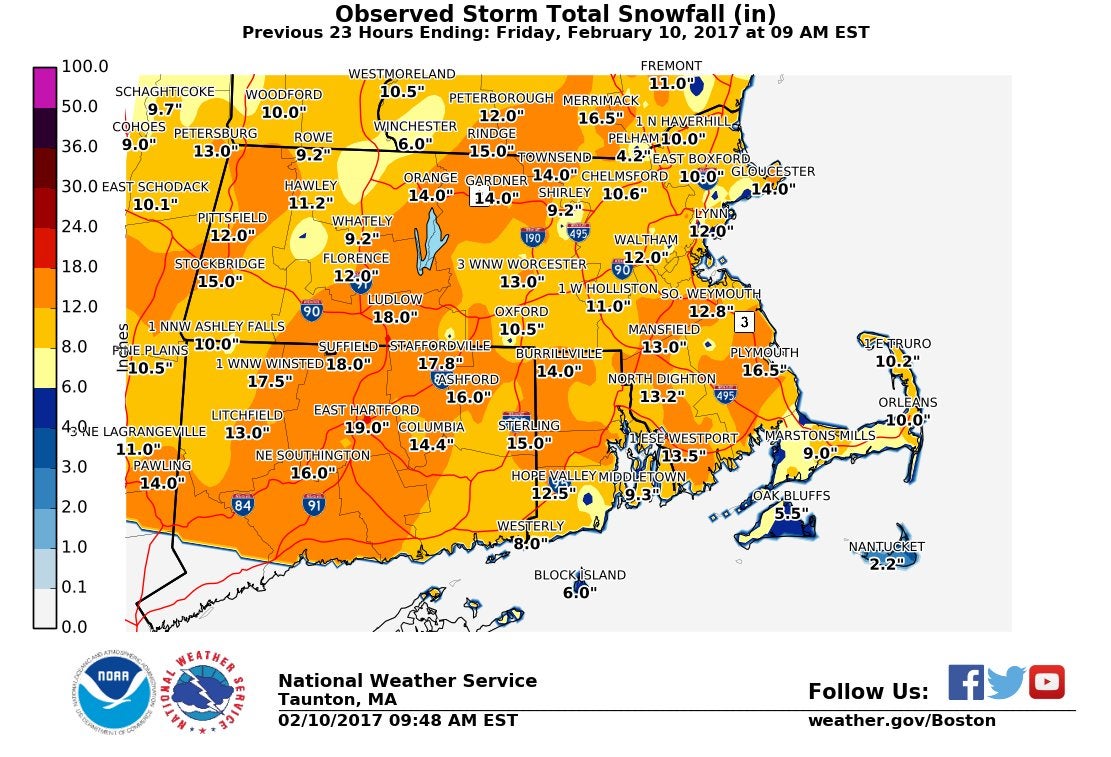 According to the map, 19 inches of snow were reported in East Hartford, Connecticut, while Ludlow, Massachusetts, saw 18. Roughly a foot was reported in areas closer to Boston.

The storm also brought strong winds to the region, as can be seen in this chart: 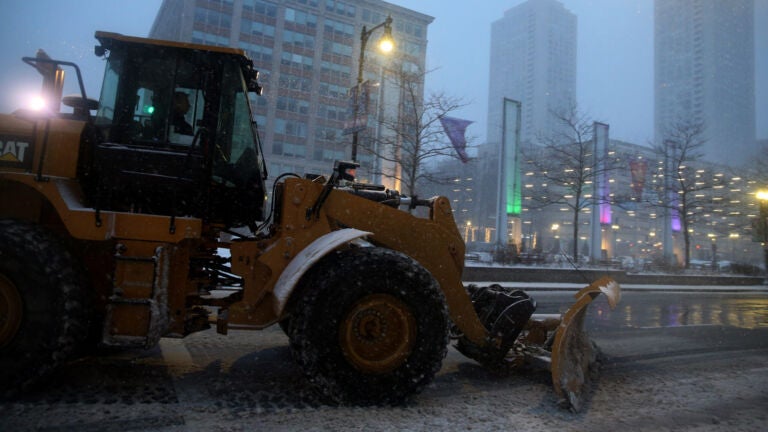