The latest storm to hit New England may not have packed quite the wallop forecasted in Boston, but residents around the region are still faced with plenty of shoveling to start the week. 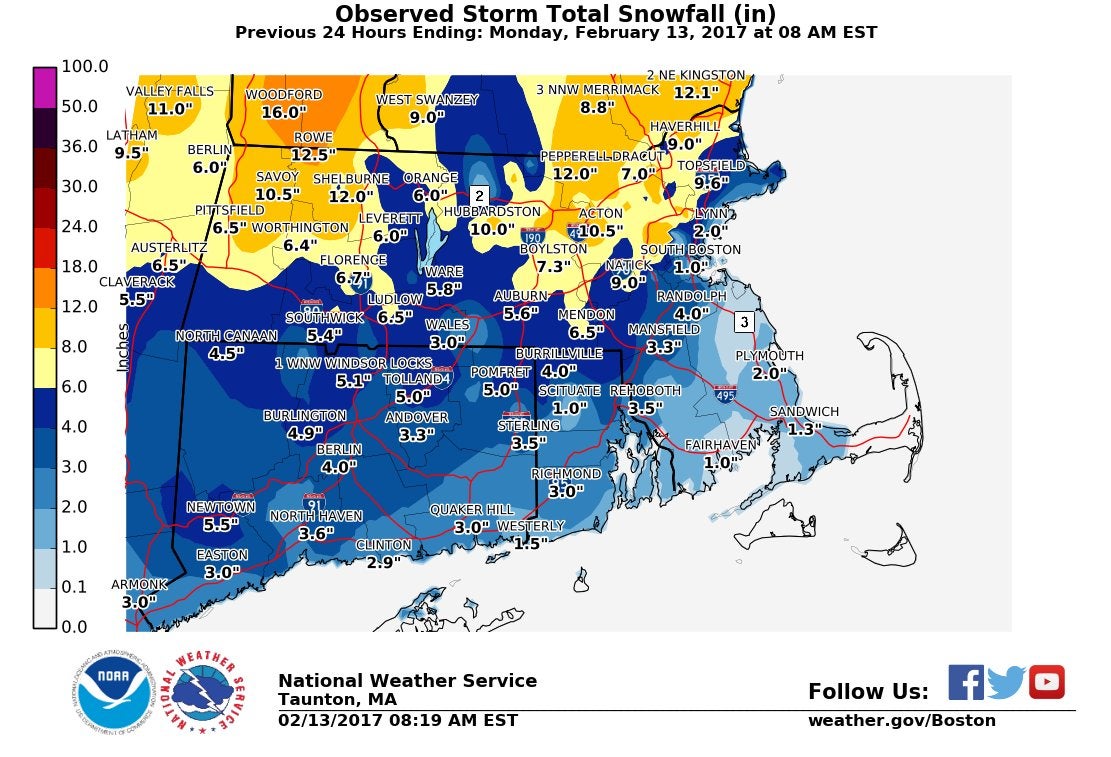 According to the map, 16 inches were reported in Woodford, Vermont, while 12.5 inches were observed in Rowe, Massachusetts. Towns in Middlesex County saw a foot or more, according to the NWS. The snow received around the Boston area ranged from just one inch in South Boston to over four in Chelsea.

The threat of snowfall will end Monday afternoon, according to Boston.com meterologist David Epstein, but high winds are expected until after dark.

Visit Everything you need to know about Boston Calling 2022 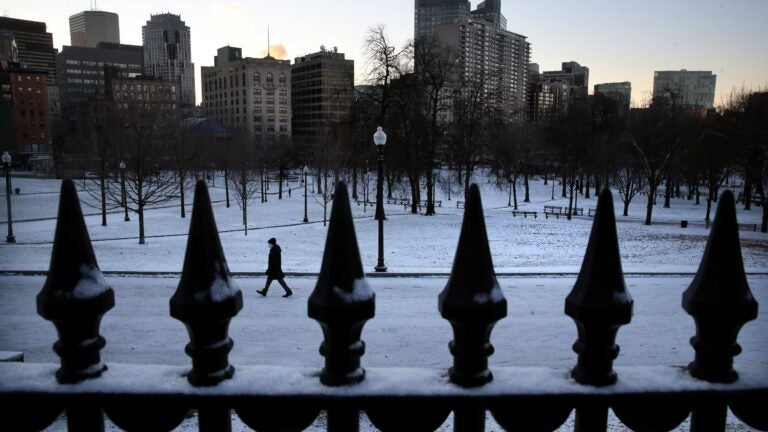 Here's how much snow fell in Mass. on Wednesday