Residents of New England may be able to catch a glimpse of the Northern Lights on Sunday night, though Bostonians might have some clouds deal with, according to the National Weather Service.

Do you live where the #Aurora may be visible Sunday night?
Don’t forget to check the cloud forecast! https://t.co/VyWINDk3xP #AuroraBorealis pic.twitter.com/gmggkmScDv

Auroras resulting from the charged particles, also known as a coronal mass ejection, from a recent solar flare will be possible Sunday night through early Monday morning, the service said. Coronal mass ejections create enhanced auroras when they reach the Earth’s atmosphere, according to the Space Weather Prediction Center, which is tracking the forecast.

National Weather Service meteorologist Matt Doody said it’s not going to be the best night for a view of the phenomenon in southern New England, though.

“We unfortunately may have some clouds to contend with,” he said.

While Northern New England will have the best shot, Doody said the best thing residents in the Boston area can do is find the least-blocked view of the northern sky — but the further north you can get, the better.

He said breaks in the clouds may allow a view of the lights, which are usually not visible in southern New England. 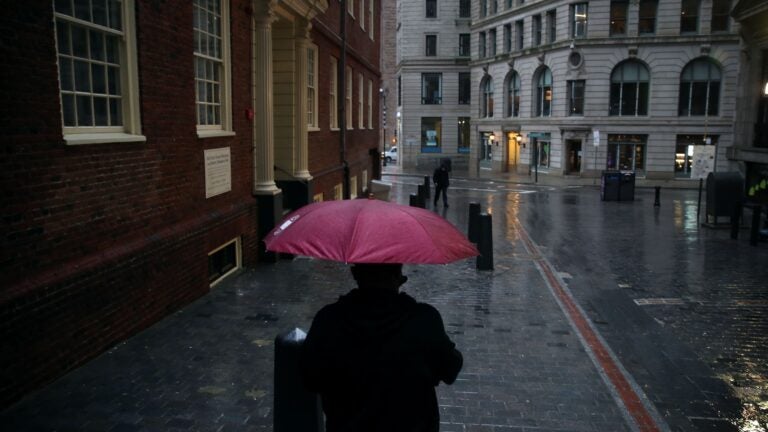