Get ready Massachusetts, snow — and a lot of it — is on the way.

The National Weather Service has issued a Winter Storm Warning for the entire state, except for the islands, and nearly all of the state is expected to see a foot of snow Wednesday night into Thursday.

“Snow arrives from southwest to northeast during the early evening,” the service said. “Road conditions will deteriorate quickly due to snowfall rates 1-2″ per hour – travel with extreme caution.”

For more detailed information, see what local meteorologists and David Epstein are saying. Below, seven maps predicting the snowfall. 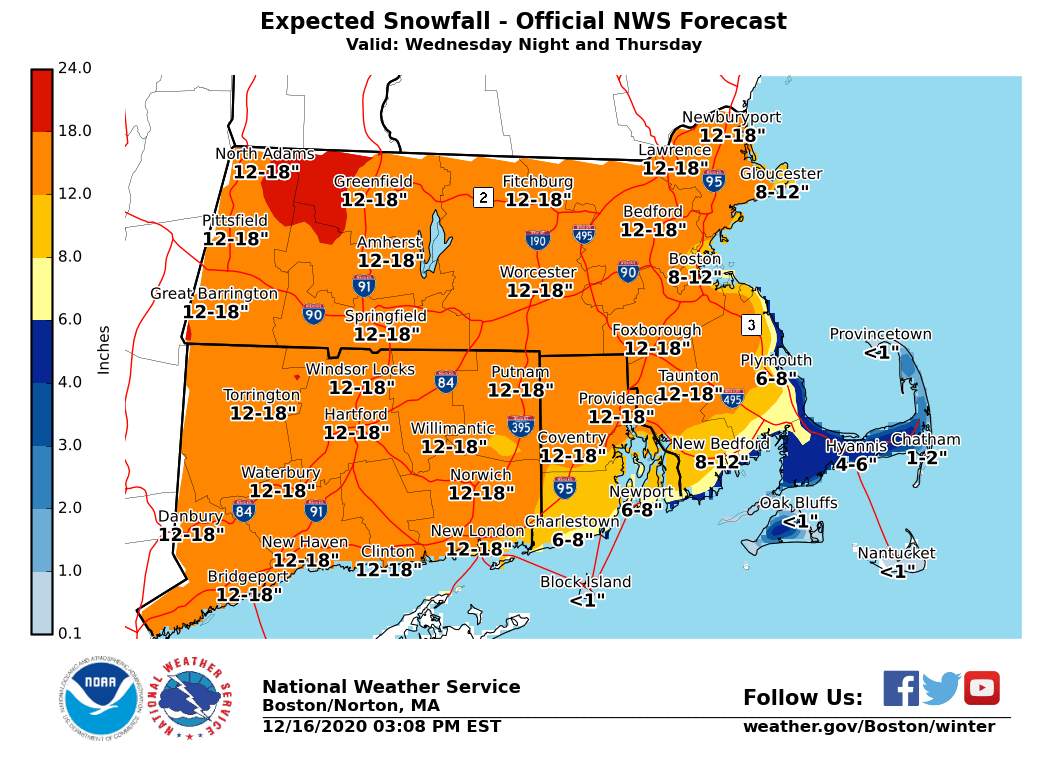 Added 2″ to the totals based on high confidence of reaching 10″ in nearly all areas. Fluffy snow in Berkshires could exceed 16″. Less confident in exceeding that in eastern MA, but it’s possible. It will depend on banding structure. pic.twitter.com/4F9yzv4UD8

We’ve reached the stage of the forecast where I’m going to try to feature a few “hot spots” where we may get localized higher totals. For this one, looking at the Monadnock Region, Berkshires/southern Greens, and a zone south of Boston. #wbz pic.twitter.com/EOpXzIP49W

Projected snow accumulation. 1-2″ per hour snow at times overnight. Heaviest thru Thu. morning. Snow will end over the interior during the afternoon, but linger as lighter snow along The South Shore from Norwell to Plymouth into Thu. Nt. #wcvb pic.twitter.com/rwPPJGXw0Y

3:30pm WED: Snowfall forecast for the storm. Much of the region will pick up 12″ of snow from this storm. Some locations in Worcester county may end up with a little less. Some locations west & north of downtown Boston may receive over 12″ of snow. #7news pic.twitter.com/vk4qqWLYdO

SNOW MAP: Just went over the latest data with @kevinboston25 – we have a long way to go with this storm, stay with @boston25 for the latest. pic.twitter.com/pUCUMQcAx4 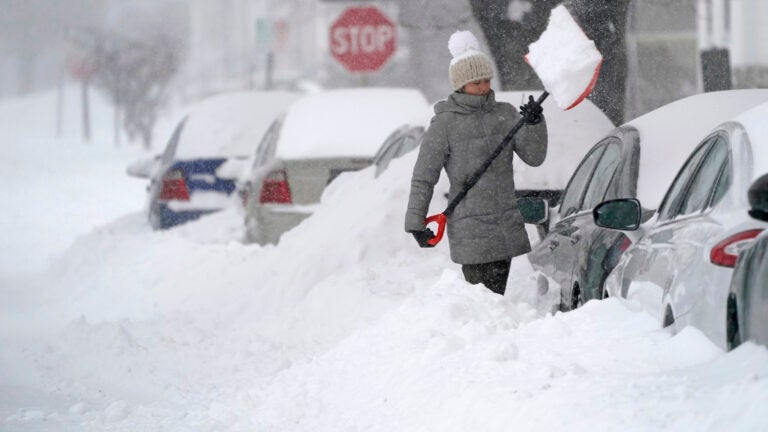 What meteorologists are saying about the remaining snow forecast for Thursday