I decided to write this forecast sitting outside in the sunshine this afternoon with temperatures in the low 50s. It’s just a beautiful Wednesday and I could make all sorts of snarky comments about a snowy forecast but I won’t.

In actuality, I’m going to embrace the upcoming snow as simply one of the benefits of living here in New England; we can have 70-degree weather one week and snow the next. Mid-March snow is very common so it shouldn’t be a surprise anyway.

What’s more surprising than our upcoming wintery weather is the fact that it’s been so sunny and so dry this month. We’ve only had less than a quarter of an inch of precipitation since the start of our wettest month and any precipitation in any form should be welcome at this point.  Many areas could see up to an inch of water between the rain and the snow, this is much needed.

After a dry Thursday morning, clouds will become thick enough so that precipitation will begin. Temperatures are going to be in the 40s during Thursday and obviously, this means rain, not snow. The rain will be steady for the evening commute and this will slow things down somewhat. As low pressure moves south of New England it will pull in colder air on the northern side.

Colder air will work into the area Friday and that’s the reason for the snow post rain. pic.twitter.com/sVQIZMwvR9

I don’t expect the precipitation to end until Friday morning and as the cold air reaches the rain it will change to snow.

The snow Friday morning could come down quite hard for a couple of hours, especially before sunrise. I suspect when you get up Friday morning it will look like winter. The wild card in all of this, of course, is the accumulation.

I think generally most of us are going to end up with a couple of inches but some places could be in the 3 to 5-inch range, again this will be off the well-traveled roads.

Since highways will have been relatively warm for the past two days there’s likely to be less snow on the asphalt than there will be on grassy surfaces.

Temperatures will stay well below average all day Friday likely remaining in the low to mid-30s for one of the colder March days. There will also be some wind along the coastline with this storm. The map below shows the maximum wind gusts expected as of now.

Winds will be quite gusty on Friday morning especially along the coastline. pic.twitter.com/CylaW7G4h3

Sunshine will return for the upcoming weekend. After a chilly start Saturday temperatures will rebound to the upper 40s by the end of the day and Sunday looks absolutely stunning, with temperatures in the mid-50s wiping away what’s left of the snow.

Right now much of next week looks to be dry, with average or above-average temperatures and we’re actually going to see some sea breezes along the coastline.

Looks like a mild finish to the month around here. pic.twitter.com/1qwAp1h8LM 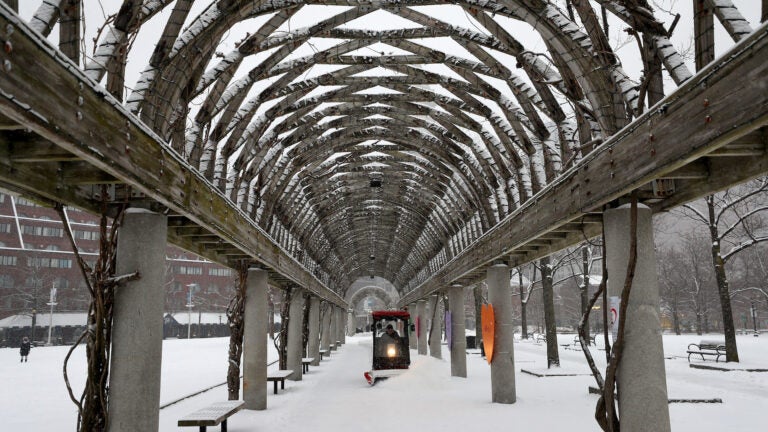