Snow fell in the pre-dawn hours of Christmas Eve but will come to an end before noon as the sky clears and the sun returns. When all is said and done, a dusting to maybe an inch of snow will be on the ground, enough to let you know it’s winter but not enough to cause any travel trouble. Temperatures this Friday afternoon will be in the 30s.

The weather pattern right now is active but the activity is not necessarily large. Still, it doesn’t take much in the way of frozen precipitation to cause problems on the roadways, and an example of this is likely Christmas morning.

In my opinion, freezing rain is the worst type of precipitation for traveling. Even a small glaze on the roadways removes much of the friction needed to stop your car or be able to walk comfortably.

I expect to see rain and freezing rain break out in the pre-dawn hours Saturday to the southwest of Boston and overspread the area around sunrise, give or take an hour or two. As long as roads are treated we shouldn’t have too much of a problem on the main highways, but secondary roads, driveways, walkways, and the like have the potential to become quite icy for a few hours. The threat of icing will end quickly at the coastline, but will linger past 9 or 10 a.m. inland.

The reason why we won’t see any snow on Christmas Day is that the air above us will be too warm. Any snowflakes that fall out of the clouds will melt and then freeze upon contact with the cold surfaces down here.

By mid-morning Saturday, readings will be above freezing and the threat of icing will have subsided. There could be some residual pockets of freezing rain north and west of Interstate 495 and the Mass. Pike.

There might be a rain or snow shower early Sunday, otherwise, skies will feature a blend of clouds and sunshine along with temperatures just above 40 degrees. The seasonable and dry weather will continue during the early part of next week before we have to watch for additional rain or snow in the middle of the final week of the year. 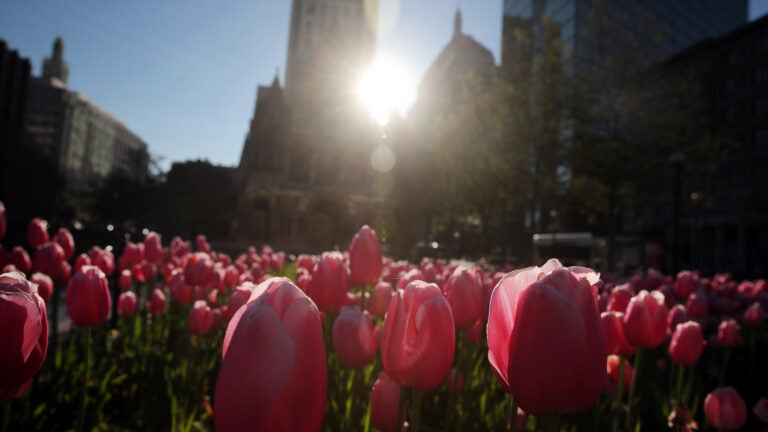 Next week: Wet start to May will give way to a spring warm-up