As Tropical Storm Arthur moves up the U.S. coastline, forecasters worry that it is just the first domino to fall in a hurricane season that has the potential to mirror the worst ever.

Arthur became the first named storm of 2020 when it reached tropical storm status over the weekend. As of 5 a.m. Monday New York time, it was forecast to pass close to or just over North Carolina’s Outer Banks with 45 mile-per-hour winds and as much as three inches of rain. The storm will then turn eastward into the Atlantic, according to the National Hurricane Center

This is the sixth year in a row that a named storm has preceded the formal June 1 start of the hurricane season, said Jim Foerster, chief meteorologist with DTN, which provides weather for energy, agriculture and industry. While early storms boost a season’s overall numbers, they don’t indicate the ferocity of what will happen in the deep Atlantic during the height of the season.

This year, scientists see ominous clues with conditions in place similar to 2005, when a record 28 storms clawed across the Atlantic, including Hurricane Katrina which devastated New Orleans, killing 1,800.

“All the puzzle pieces are in place, no matter how I slice and dice it,” Jim Rouiller, the lead meteorologist at the Energy Weather Group, said by telephone. “It gives me higher than normal confidence this year will mimic a hyperactive hurricane season, and that is what 2005 was.”

Exceptionally warm waters in the Atlantic have the potential to rev up the 2020 hurricane season. While 2020 might not produce as many storms, the summer and fall could have the feel of that record-breaking year, Rouiller said.

There are other clues scientists are watching closely as well. An El Nino forms there when a broad band of warm water along the equator raises atmospheric temperatures globally, causing rain in some areas, drought in others and severe storm-destroying wind shear in parts of the Atlantic.

This year the odds of such an event are small, with pools of cool water rising up from deep below keeping the climate neutral so far in a condition similar to that seen in 2005. No El Nino — or the development of its opposite system, a La Nina — means no wind shear at a time when climate change is increasingly nudging Atlantic temperatures to record highs.

Tropical cyclones are born from, and feed off of, warm water. Across the Caribbean and in the Gulf of Mexico there is “a huge pool of high-octane fuel that is sitting in wait for hurricane season,” Rouiller said in a telephone interview.

Two other indicators scientists are keeping a close watch on both carry the potential to rev up storms.

The first is an eastward-moving disturbance of clouds, rainfall, winds and pressure known as the Madden-Julian Oscillation, according to Rouiller. This year, the oscillation is likely to send a number of strong pulses of atmospheric energy across the Atlantic during the heart of hurricane season, unleashing a cluster of storms, he said.

The second is the buildup of warm water in a broad stretch of water between Brazil and Africa, according to Ryan Truchelut of Weather Tiger, a commercial forecaster in Tallahassee, Florida.

The water in that band could well migrate northward in the next few months, Truchelut said, adding more heat into the area between the Caribbean and Cabo Verde where some of history’s most destructive storms have formed.

The early start of the season with Tropical Storm Arthur is also concerning. The start dates for hurricane season are based on long-term averages, but climate change is allowing conditions ripe for tropical storms to arrive earlier — and stay later — in the calendar year.

“With climate change we are seeing these traditional patterns shift from where they used to be,” DTN’s Foerster said by telephone.

And all of this comes in the wake of the COVID-19 crisis, as the world has shut down, or will slowly be getting back to work. Companies in vulnerable areas — from the U.S. Gulf Coast to the entire East Coast — should be preparing now, said Katherine Klosowski, a vice president at FM Global, an industrial insurer.

“Rattling at the back of my mind is this: Mother Nature is that one entity that didn’t get the memo to stay at home,” said Klosowski, who overviews natural hazards and structures engineering for her company.

Rouiller, too, says he’s most concerned about the coronavirus lingering or coming back as hurricane season reaches its peak between the end of August and the beginning of October. While people might be wary to end up in close proximity with others in shelters, they should still go, he said.

“The thing here is you are at a much higher likelihood of getting yourself killed in a hurricane than from the virus threat,” Rouiller said.

AccuWeather Inc., meanwhile, predicts as many as 18 storms could reach tropical storm strength and get a name, well above the 30-year average of 12. Michael Mann, a Penn State climatologist, and his colleagues called for between 15 to 24 Atlantic storms last week if a La Nina forms and “a best guess of 19” without. 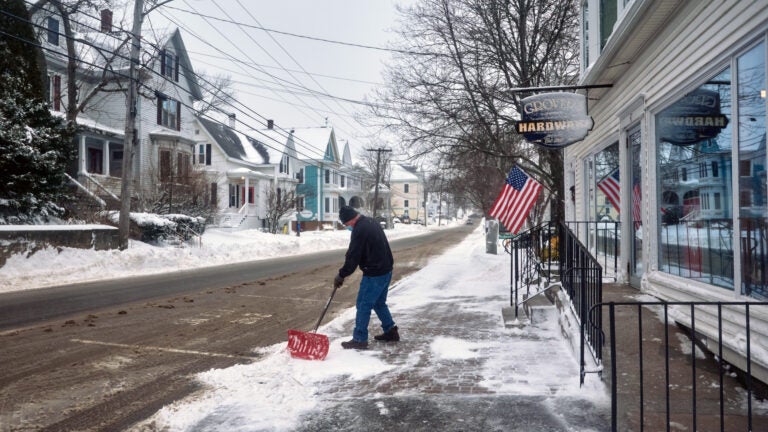 Here’s how snowy this winter will be, according to NOAA