As snowstorms sweep the East Coast of the United States this week, transportation officials have deployed a go-to solution for keeping winter roads clear: salt.

But although pouring tons of salt on roads makes winter driving safer, it also has damaging environmental and health consequences, according to a growing body of research.

As snow and ice melt on roads, the salt washes into soil, lakes and streams, in some cases contaminating drinking water reservoirs and wells. It has killed or endangered wildlife in freshwater ecosystems, with high chloride levels toxic to fish, bugs and amphibians, according to the Environmental Protection Agency.

“It’s an issue that requires attention now,” said Bill Hintz, an assistant professor in the environmental sciences department at the University of Toledo and the lead author of a recent research review published in the journal Frontiers in Ecology and the Environment.

“There’s plenty of scientific evidence to suggest that freshwater ecosystems are being contaminated by salt from the use of things like road salt beyond the concentration which is safe for freshwater organisms and for human consumption,” Hintz said.

Road salt is an environmental pollutant.

Salt has been used to de-ice roads in the United States since the 1930s, and its use across the country has tripled in the past 50 years, Hintz said. More than 20 million metric tons of salt are poured on U.S. roads each winter, according to an estimate by the Cary Institute of Ecosystem Studies in New York, and the environmental costs are growing.

Still, little has been done to address the environmental impact of road salt because it is cheap and effective, said Victoria Kelly, environmental programming manager at the Cary Institute. By lowering the freezing temperature of water, salt prevents snow from turning to ice and melts ice that is already there.

Road salt is made from sodium chloride, the same chemical found in table salt. Of all salt consumed in the United States, about 43% is used for highway de-icing, according to the U.S. Geological Survey in 2020.

The consequences of insufficiently salting roads were seen this week, when hundreds of drivers were stranded by a snowstorm on Interstate 95 in Virginia. Officials said the storm began with rain, which washed away road salt and made it difficult to keep roads clear. More snow fell in the Mid-Atlantic states and the Northeast on Friday.

But environmentalists say the problems associated with road salt are getting harder to ignore. Kelly said the accumulation of salt in drinking-water reservoirs in some places was harming people on low-sodium diets.

A separate 2018 study in the journal Environmental Science and Technology showed that 24% of private drinking wells in New York were contaminated with salt that had been used on roads. About 15% of people in the United States get their water from private ground wells, while the rest rely on community water systems, according to the Centers for Disease Control and Prevention.

More counties and states are rethinking the amount of salt they use because of the associated costs. Last month, New York Gov. Kathy Hochul announced appointments to the Adirondack Road Salt Reduction Task Force, established to review road-salt contamination.

“I have no doubt that this group of individuals will work tirelessly to protect our state from the adverse effects of road salt,” Hochul said. “We look forward to seeing this group finally convene and make progress in preventing further pollution to our waterways and our environment.”

Road salt also corrodes vehicles and bridges, causing $5 billion in annual repairs in the United States, according to an EPA estimate. AAA suggests drivers wash and clean their vehicles regularly during winter to help offset the impacts of road salt and to limit driving when salt and other de-icing chemicals are at their highest concentrations.

In Britain, the Salt Association said that salt was the cheapest form of de-icing material and that it had a low environmental impact when used responsibly. “As with all highway maintenance activities, there are environmental implications from winter road maintenance,” the organization said in a statement. “Highways depots, spreading vehicles and the de-icing agent all contribute, but with good management, this burden can be minimized.”

Alternative methods can mitigate the damage.

Although there is not a perfect solution to the issue, there are alternatives that can significantly reduce salt usage without compromising driver safety.

One method involves treating roads before storms with a salt brine solution, which can lead to a 75% reduction in the amount of salt used while keeping roads just as safe, according to the Cary Institute. Building better salt storage sites can also minimize waste.

Some counties, including Jefferson County, Wisconsin, have already made changes. Bill Kern, the county’s highway commissioner, said switching to a brine solution had enabled the county to cut its salt use by up to 60% since 2018 without an increase in the number of accidents. By using less salt, the county has reduced its overall cost for winter maintenance of state and county highways by 20% since 2018, saving about $1.6 million, Kern said.

Over the past decade, some states, including Rhode Island, have passed legislation aimed to reduce their use of road salt and have increasingly applied a brine solution to roads in winter, but environmentalists say more needs to be done.

Although engineers have developed better alternatives, they have not been widely implemented in part because they require upfront costs for purchasing equipment, Kelly said.

“It’ll save us money, and it’ll help to save our freshwater,” she said, while adding that “because of that legacy effect, it’s going to take a really long time to see the impact of the steps we take.” 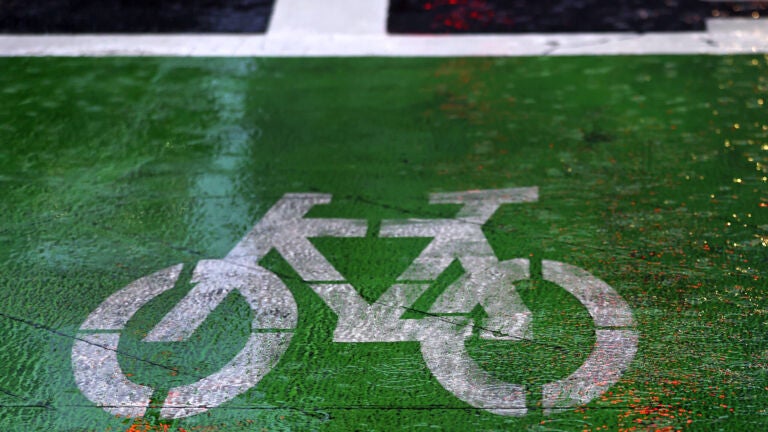 Dave Epstein: Friday weather will be a mixed bag of freezing rain and sleet